Review of: Tom Molineaux at the Jack Studio Theatre

Based on the true story of Tom Molineaux, a bare knuckle fighter of the 1800s.

The Jack Studio maintains its interesting programming with a new play on boxing and the struggles it brings to those who are committed to this fearsome pugilistic spectacle. TOM MOLINEAUX, a new play by Tom Green, explores the rise and fall of the great American boxer of the 1800s who fought for success around the London fields and beyond.  Little more than bare knuckle fighting. Nathan Medina played the title role, Tom. A proud black man free from the tyranny of America, was challenged and beaten and at times ridiculed because of his colour. He also won, only to drink much of the proceeds away. He struck up a friendship with the early sports writer Pierce Egan (played with an Irish lilt by Brendan O’Rourke) who seems to be friend, promoter, exploiter and opportunist all in one.

A simple set design; with its roped off area for the fighting ring along with a bench and chair, dressing screen and boxes. Costumes suggested the period and at times the growing success of the characters but in general this lack-lustre design did not create enough of a distinction between the streets and taverns or the urban and rural, when creating the fighting rings Here was a place of restriction but where freedom could be further won through money reputation and increased sense of freedom it brought the men, as their reputations grew. 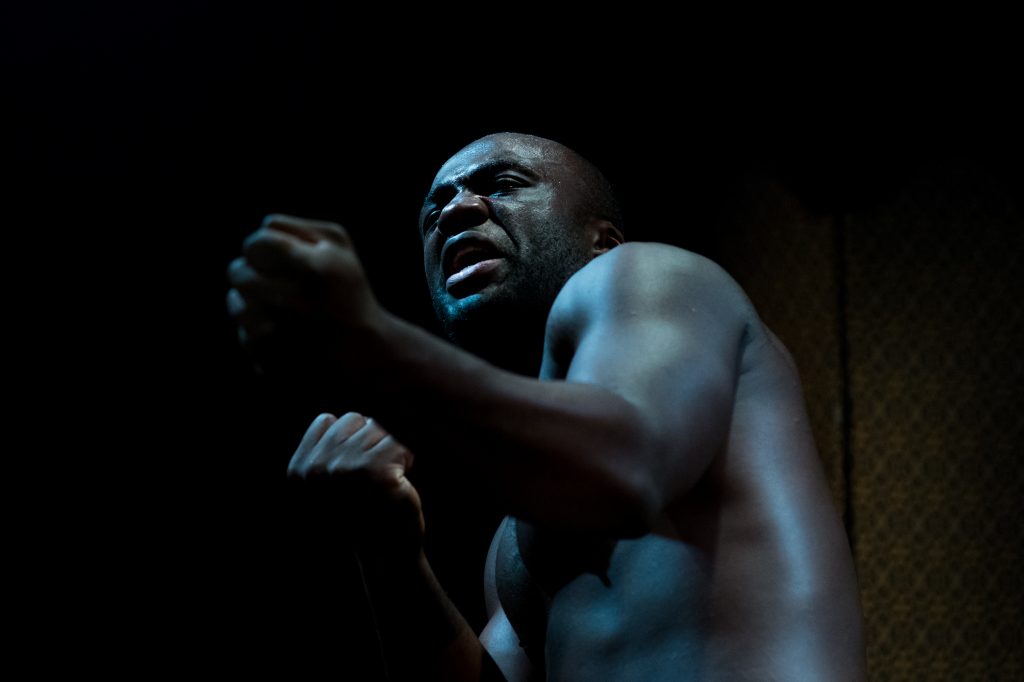 Both men were discriminated against, both searching for an identity but this journey lacked dramatic shape with the narration style delivery, informing and telling rather than engendering empathy,as an Irishman and man of colour made their way in the world. Dialogue tended to be as strongly delivered as the punches but in general both failed to hit the spot. Direction lacked a sense of creativity and seemed not to draw out the complex dynamics of the piece in any meaningful way – male identity, colour, poverty, discrimination and the bolting on of some kind of video documentary or vox pop of contemporary boxers talking about their desire to fight was clumsy and seemed like an opportunity missed.

This was a heavy weight production with good intentions. It was an examination of a sport that should have engaged and fascinated, however this was not a knock out bout, sadly.