Review of: Angels in America

The National Theatre run of Kushner’s epic is long awaited, but well timed.

Angels In America is a play about almost everything. Subtitled “A gay fantasia on national themes” it has sexuality and nationalism at its heart. It is set in 1985, the middle of the AIDS epidemic, when the disease was a death sentence that carried a heavy stigma, and politicians avoided even mentioning it.

But religion plays a big role as well, with Jews and Mormons clashing with each other and traditional protestant America in a world where metaphors are realizsed. Then there’s race, brought to attention by Belize, a black, drag-queen nurse who saves lives in between flirting in French and quoting Tennessee Williams plays. Other themes of note: love, justice, immigration and addiction. 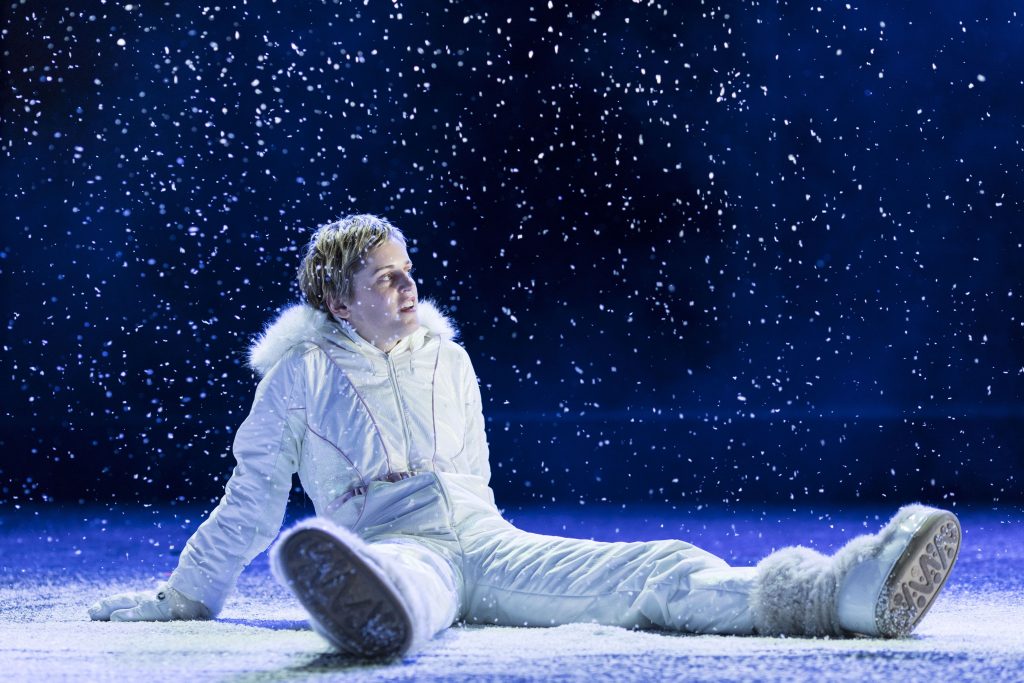 Denise Gough in Angels in America

It’s a big play, calling for multiple sets, pyrotechnics, and a variety of other special effects over two parts that come to a total of seven and a half hours of theatre. The National Theatre run of Kushner’s epic is long awaited, but well timed, as many of the issues it addresses reflect on the current US government as much as that of the ‘80s.

Take Roy Cohn, a real lawyer known for his connection to McCarthy’s communist witch-hunts. Cohn counted among his clients both Ronald Reagan and Donald Trump. He appears in Angels, played by Nathan Lane, in his last days, where his visage of total power begins to crack as AIDS slowly weakens him, and forces him to confront enemies both past and present.

Lane is superlative in the role, evoking hate, awe and sympathy at will. From the most powerful man in New York to just another victim of a modern plague, he imbues Cohn with a relentless need for life.

Joining Lane in Angels’ star-studded cast is Andrew Garfield, who is transformed for his role as Prior Walter. Delightfully camp and completely unprepared for the unreal darkness of Kushner’s narrative, he drives a comic energy necessary as a release valve in an big drama.

And when everything goes to hell, or at least the hospital, Garfield is subtle enough to be the dramatic centrepiece of the narrative. In contrast to Lane, Garfield’s delivery is quiet, punctuated by girlish shrieks. But Prior’s determination in the face of the combined weight of earth and heaven is inspiring.

One could go on in a similar way about the brutally sardonic Denise Gough, James McArdle’s neoliberal parody or the ethereal Amanda Lawrence, but Russell Tovey, at least, needs recognition. Tovey plays Joe Pitt, a closeted gay Mormon and mentee of Roy Cohn. Tovey’s sincerity is his strongest feature, particularly in Part Two, when plot progression allows him to really express himself. He navigates the contradictions of the “gay, republican Mormon,” rending his heart in the process.

This all takes place on a grand, complex set. Set designer Ian MacNeil seems to have had free reign to show off, and he does. Part One is built around three revolving sets, which get used in surprising and subtle ways, but also wows with pyrotechnics, weather effects and sneaky applications of trap doors. Part Two loses the elegance of the revolves in favour of roll-in, roll-off pieces, but also gains the liberty to use bigger pieces of set, which director Marianne Elliott takes advantage of. As the play approaches its climax, the scale of the set increases in proportion. It is literally awe-inspiring.

Angels’ most striking feature, its length, is also its one weakness. Seeing both plays in one day is not required, but even on their own, these are long, fatiguing shows. Which is understandable, except that certain scenes were less inspired than others. Whether under-written or under-directed, the dragging effect of a weak scene is multiplied by the length of the show. Part Two, the slightly longer half, suffers from this more than Part One, which contributes to the impression that Part One is stronger overall.

Despite the length, this review should be read as a whole-hearted recommendation of the plays – whilst knowing that is of little use to those who do not already have tickets to the sold-out run. But interested parties still have ways of getting seats. There is a ballot open for Angels in America at the National Theatre website, and day seats will be available throughout the run. Alternatively, NT Live will be screening Part One on July 20, and Part Two on July 27.