All Our Children, on the cusp of opening at the Jermyn Street Theatre, is a harrowing portrait of a fictional strand within Nazi Germany – symbolic of a society unwilling to care for the disabled, presented against the backdrop of the Second World War. We chat to writer and director Stephen Unwin about the show’s inception as well as the rehearsal process.

Treatment of those with disabilities is still a central debate in modern society – both politically and socially.  To what extent is All Our Children responding to these modern questions (rather than presenting an account of the historical events of the 1940s), and what sort of response do you think will come from the show?

All Our Children is a work of fiction.  The Winkelheim clinic where the action is set and four of the five characters are my own invention.  But the play is set in Nazi Germany in January 1941 and I’ve taken pains to make it in every other respect as historically accurate as possible.  At its heart is the Nazi programme (T4) of persecution of the severely disabled, which resulted in the death of as many as 200,000 people.  While no one today would argue for such actions, we should always be on our guard and ask how we treat people who are ‘not productive’ and, seemingly, ‘make no contribution to society’.  By dramatizing this terrible moment, I hope that audiences will reexamine our attitudes and ensure that society articulate a clear and forceful rationale for their defence.  Thus T4 represents an unimaginably extreme extension of some of the attitudes we still struggle with today.

In 35 years of directing, this is the most exciting, interesting and creative thing I’ve ever done.

The Nazi treatment of disabled individuals is a moment in recent history that, for the most part, has been under-reported – what was your process for uncovering and researching these events, and what effect do you think it had on you as a writer?

Some have called the murder of the disabled the ‘forgotten holocaust,’ which, of course it pales into insignificance in comparison to the infinitely greater genocide of the Jews.  But if, as if often said, you can judge a society by the way it treats the most vulnerable, Nazi Germany failed that test dismally.  The play required research not just into the grisly realities, but also into the opposition voiced, most notably, by the conservative and aristocratic German bishop of Münster, Cardinal von Galen.  I found Michael Burleigh’s brilliant and gut-wrenching study, Death and Deliverance, especially useful.  But although research was useful, more useful, perhaps, was my own experience as the father of a profoundly disabled young man, and my campaigning for the rights of disabled people in modern Britain. 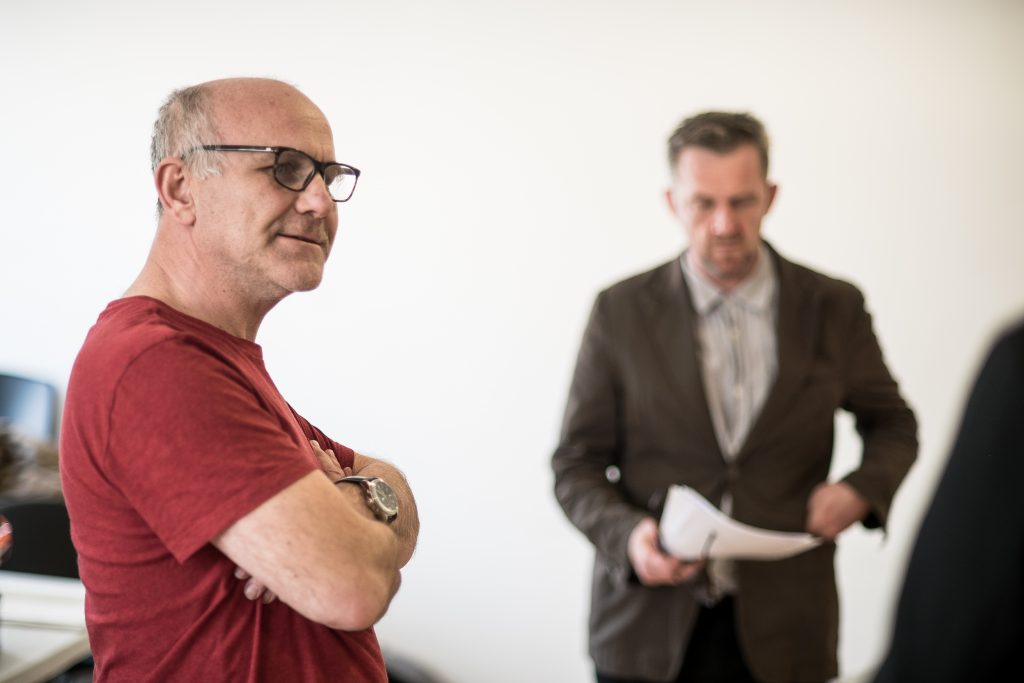 What do you think the effect of grounding the show in a historical context (rather than a modern one) has the messages and themes that run through the show?


Using the past to discuss the present is a time-honored device in literature, which creates a critical distance between audience and subject.  Sometimes to achieve this, an author has to bend history a little, in order to make the correlative clear.  That wasn’t the case with All Our Children. I continue to be surprised at the profound resonance of the events of the play have in today’s world.  I’m fond of reminding people of EP Thompson’s warning not to look at the past with the “enormous condescension of posterity” and I’ve tried to heed that warning here, creating a detailed and, I hope, three-dimensional world of real people struggling with difficult circumstances, thus allowing the audience to draw their own connections.

Has the piece been affected or transformed by the rehearsal process? Did cast and crew reactions provide any new insights to the show and the period as a whole?

Indeed it has. The play went through several drafts before we started rehearsal, but there is simply no substitute for getting up close to a text with a cast of talented professional actors. What I’ve noticed above all is that in the hands of great actors, less is as ever more.  More than the script, I am the one who has been affected and transformed by the process. In 35 years of directing, this is the most exciting, interesting and creative thing I’ve ever done.  I learn more every day.

The Jermyn Street Theatre is an intense, intimate space – how do you think audiences will react when facing these issues with such a vivid proximity?

All Our Children is an intense, intimate play, so it’s well suited to an intimate theatre where these characters can be put under a microscope. What you won’t see on the stage are gruesome recreations of violence and murder, that’s not what the play about. It is a psychological and emotional intensity which is unleashed in the small provincial doctor’s office where all the action takes place. It is my hope that the experience will lead the audience to consider the most important questions of the play, above all how we care for the most vulnerable members of our society, and that they’ll leave the theatre prepared to ask some hard questions of themselves, and our society as a whole.