We sat down for a quick Q&A with Boaz Berman, Artistic Director of Dance Company Mayumana. Mayumana’s Currents is to have its UK debut at the Hackney Empire next week.

The epic power play between Tesla and Edison is but a launching point of inspiration for Mayumana’s show, Currents.

Today our electricity is powered predominantly by alternating current (Tesla’s patent) but with the advent of computers, LED and solar cells, direct current (Edison’s patent) is experiencing a resurgence. One way of transmitting energy does not cancel out the other; and instead, it appears that there is infinite potential when two currents are working parallel to each other in a hybrid armistice.

Similarly, we wanted to explore this potential of combining seemingly opposing ideas in rhythm, movement and music. This amalgamation of diverse elements creates an electric juxtaposition, and is the visual and audio experience of Currents. For example, we are combining video with live action on stage; and the music was composed by blending rhythms and sounds from East and West. In addition, we enjoy the challenge of developing our cast members in multi-disciplines. Some come to us as dancers and are trained to play live music on stage; some come to us as musicians and are taught the physical language of movement and dance.

2) With an international cast, language is eschewed in favor of visual, sound and movement-based artistry – why do you think this is the perfect medium for the show’s themes?

When we are not dependent on language, we bypass our logical minds in the creative process, and thus our commune with our audiences becomes more of a visceral experience.

Music has a way of being a direct conduit to the heart and soul, and it is the foundation on which we build all our shows. Our guiding principle in our creative process for Currents is to visualize the music. Instinctively, we felt music held the potential to represent the binary transmissions of electricity, and therefore, it was our starting point. Based on the rhythm of the musical compositions, we then constructed the movement vocabulary and video art of the show. 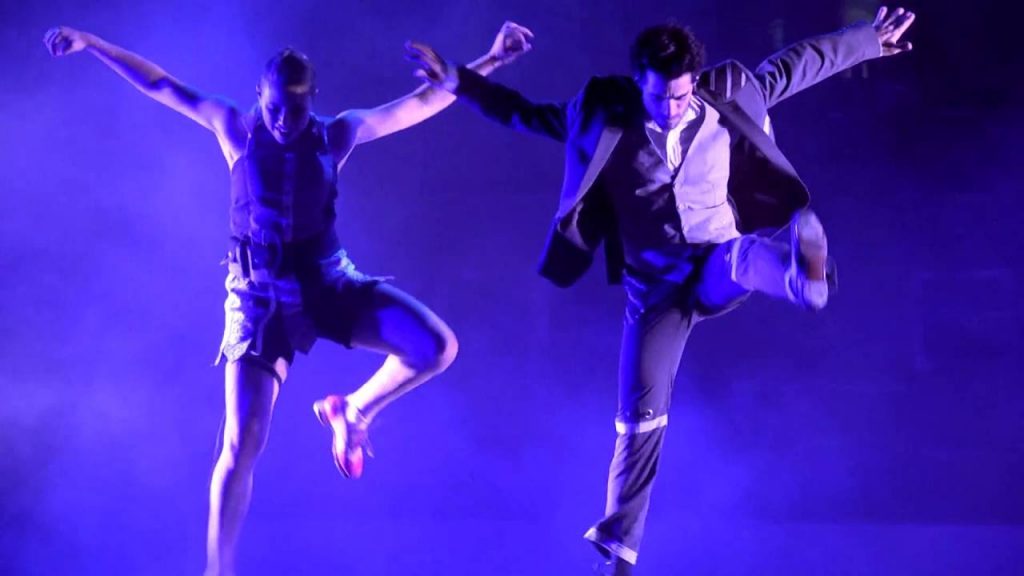 3) The Hackney Empire is an exciting, vibrant space – why did you choose it for the UK premiere of Currents?

We are thrilled to have this opportunity to perform the UK premiere of Currents at the Hackney Empire. We are always looking to break past artistic boundaries and the vibrance and excitement at the Hackney Empire makes it a fitting place for our first appearance in the UK.

4) Do you think anything will change or evolve with the new venue and country?

For the UK premiere, we are excited to present three new parts that have been added to the show with improvements in the video art, choreography and music.

5) How was the rehearsal process for the show compared with other Mayumana performances? Were there new ideas or concepts you were keen to explore with Currents?

We came to the rehearsal process with a very clear vision of how the music, movement and video art would work simultaneously together in the end product. The video art was a new artistic adventure for us, and learning how to build it concurrently to accentuate and add meaning to the live action on stage has been an enlightening and joyful process.