Review of: The Wipers Times at the Arts Theatre

In the context of the First World War, The Wipers Times is a fascinating historical phenomenon – a satirical publication created in the heart of war, imbued with an experience-driven veracity unavailable to other newspapers. The authenticity is refreshing – particularly in a modern era where the moniker of ‘fake news’ is bandied around from all over the political spectrum. Hislop and Newman’s play, therefore, seemed as timely as imaginable – cutting right to the core of this discussion regarding the role of press and satire. The pair, having both cut their teeth and then torn others to shreds with said verbal fangs for several decades in Private Eye, are perfectly poised to give a valuable insight, one from both a historical and editorial perspective – grounded in the context of a war that has often been defined by the literary output it inspired.

A shame, therefore, that the show came to so little when it could have been so much. We chart the military and journalistic endeavours of one Roberts (James Dutton) as he has the marvellously fun idea to use a salvaged printing press to bolster moral in the face of conflict. As the war progresses, the titular publication continues, abating only when the war comes to its teleological conclusion.

A key issue arises here in the form of structure – the play, much like the war, gets to the action relatively quickly, before staying at something of a standstill for the majority of the 150 minute runtime. No character seems to develop or evolve over the course of the show – those who are antithetically opposed to the Times remain vehemently so, while its defenders remain equally proud of its conception by 1918. An unnecessary diversion into a pub-founding business equally felt unnecessary. 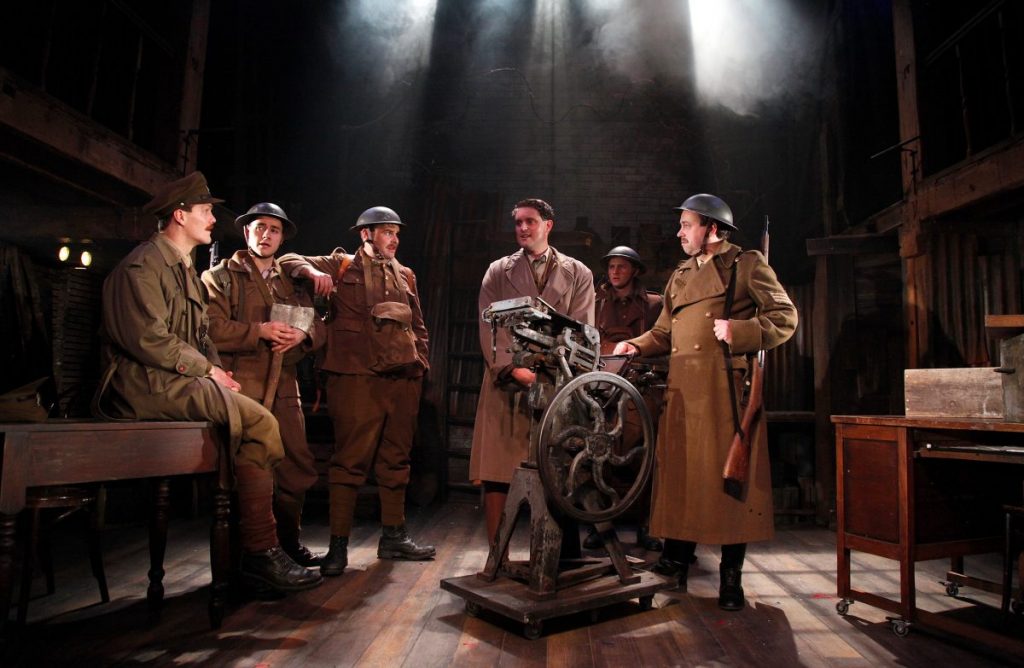 The structural weakness could be forgiven if the ideas at play were intriguing, but it seemed that Hislop and Newman balked at the one time when they seemed perfectly placed to make some bold revelation. We are only ever given hints at the wider discussion here – whether or not the Wipers Times was a positive thing, or if indeed it did lead to insubordination through its incessantly satirical content (a few lines, regarding a private unwilling to salute a commanding officer, were the only hints at this). There is a genuine and riveting debate about the nature of press in the context of journalism, but it seemed entirely eschewed here in favour of laughs.

It would be wrong of a reviewer to criticise the fact that the show isn’t what they wanted it to be, rather than analysing what it was. On the surface, there were indeed some witty moments, as befitting the Private Eye editorial team (a few jokes at the expense of the Daily Mail, however, only seemed to painfully expose the show’s anachronisms rather than highlight the parallels with modern society). Direction from Caroline Leslie (of LAMDA fame) was efficiently physical and was surprisingly good at remaining energetic in spite of some incredibly static moments. The show did seem to be some form of LAMDA reunion, with no fewer than 6 of the (all-white) cast being LAMDA alum, each able to fulfil the necessary diaspora of regional and military accents that a First World War production demands.

A special mention must go to lighting designer James Smith – avoiding conventional period washes and indulging in some evocatively original primary colours, each creating something far more visually interesting than would be expected.

There are interesting ideas at play in The Wipers Times – a meaningful enough production to warrant its West End billing. But the execution of the riveting true story, already a well-received BBC dramatization, felt somewhat lacking.