Review of: One Last Thing (For Now) At the Old Red Lion

A thoughtful, energetic though often a bit broadly spread exploration of letter writing at the Old Red Lion Theatre in Angel.

Words, letters, writing – all are easy targets for the stage. The fluid juxtaposition of physical with verbal makes for a fascinating comparison, as we come to understand both the liberations and inhibitions of our own language (as well as the concept of language on a more international level). Althea Theatre’s One Last Thing (for now) decides to take the extra step here, chronicling this idea of communication over the span of decades, centuries even, to see how these concepts and notions have adapted with the evolution both of warfare, and technology.

It’s a strangle, ensemble-fuelled beast that can at times feel slightly unfocussed and spread almost too thin across such an expansive subject matter, but the number of individually fantastic moments go a long way to make up for this. We see women, desperate to send their touch to their husbands, trekking into peril. We see intense, disruptive discussion of the nature of education in war, through the lens of the IDF. Second World War romances rub shoulders with Skype conversations in Afghanistan, in a myriad of images that each come to the fore before receding again. Though these elements were well worth watching, it was the war-time element that felt somewhat ill-defined – we rarely got an intimate or intrinsic glimpse at the horrors of war these men were facing, left often with allusions or consequences rather than instigations. 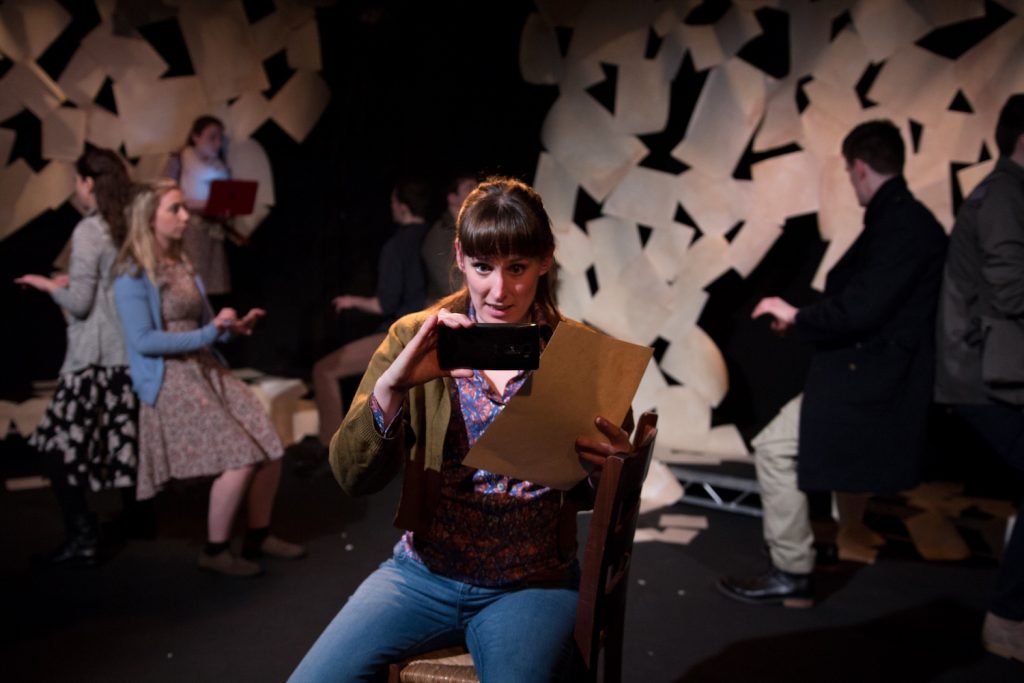 The ensemble work well – fascinatingly drawing on well-honed physical theatre tropes for the low-budget contemporary theatre (the kind Sally Cookson would invariably be proud of) – guitars become rifles, letters are thrown across stage with an extreme gesture, chairs become rooftops in a swift rotation. Though many have been done before, a few stood out (the trombone as a tube handrail for instance) though never to a degree that gave the piece the necessary oomph into game-changing territory.

Writer-director Lilac Yosiphon has a neat performance at play here – allowing though never having to rely on the performers to do the heavy lifting. Quirky sequences blend seamlessly into moments tinged with integrity, with no weak link existing among a cast having to multi-role at the drop of a hat, often across a handful of different accents and languages. For the relatively small black box space of the Old Red Lion, blocking was fluid and never repetitive, meaning everything felt as energetic as necessary.

Sure, the play was often unfocussed, but so too are the ideas that it explores – constantly and inevitably always in flux. Communication can come in many different forms, but anxiety, love, solidarity or romance will always remain.