Killer is the type of theatrical experience that will no doubt impress audiences with its novelty and sense of audacity.

Killer has a methodological opening process. We are led, wracked with anticipation, into the basement of Shoreditch Town Hall. Our phones are off, the various warnings are given. We sit in a smokey room, a square arrangement of chairs lining the four sides, each facing the wall. We are given headphones, with performer John Macmillan sat whispering to us to make sure they’re functioning properly. Then, without any further ceremony, the lights are all switched off. We are in perpetual darkness. Even when we open our eyes we cannot see. We’re exposed, alone. Only Ridley’s words, spoken through a binaural microphone by Macmillan, are there with us.

Three monologues ensue – the first in total darkness, after which we are taken into a dank, dimly lit corridor, alighting there for the second passage before being trapped in a single room, standing – waiting perhaps – while the final story rolls on to a grandiose, oppressive conclusion.

It’s an exciting journey, neatly mapped out by director Jamie Lloyd as a means of immersing audiences in Ridley’s various worlds – each claustrophobic in their own right. If Karagula, performed last year, was a chance to see the sprawling mass of a dystopian Ridley-verse, then Killer is almost the exact opposite, we have descended into the depths of his characters to get to grips with their machinations.

In that sense, the show can sometimes feel somewhat disparate and fragmented – each monologue thinly threaded together by topical discussions of isolation and alienation (on top of the obvious references to death). We follow a man joining a gang, a carer dealing with a Black Mirror-meets-David Walliams farce style dystopian incident, before finally settling on a reclusive man, terrified by the notion of being desperately on the run with a miracle goose. Each has shades and angles distinct to their own characters, though all with the same, veiny unity that appears in most of Ridley’s writing – frenetic, panic stricken repetitiveness that has featured in both Radiant Vermin and Donny Stixx, or meticulous descriptions of barbaric acts that later typified the In Yer Face movement. 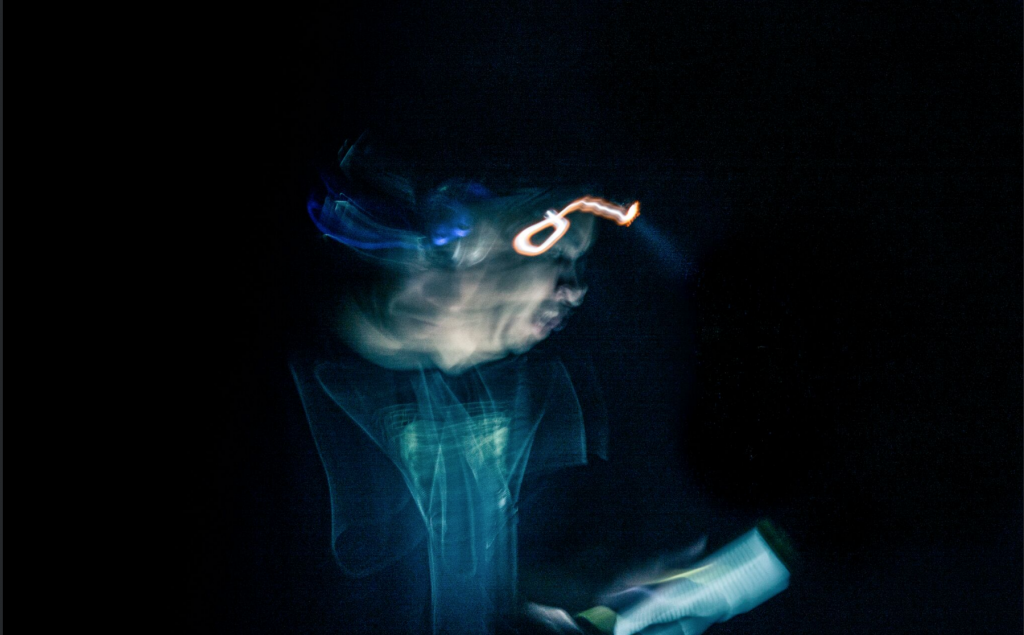 Just as much as we are exposed, in the dark, with Ridley’s words whispered into our ears, so too does the play’s chosen form leave his words exposed to us – sustained only by the story and the themes.  We can choose either to endorse these intense ideas or, when realising we’re more conscious of the author’s style than the characters themselves lose faith in them – and the moment that happens the show ends up being somewhat unconvincing. This issue may perhaps be symptomatic of a personal investment and love for Ridley’s writing on behalf of the writer, but the consequences felt a lot more tangible when a more visual form is eschewed.

Nevertheless, Macmillan’s three performances had enough depth and originality to guarantee the show felt consistently engaging, sparingly employing props for to construct sounds, moulding and adapting his timbre and tone at regular intervals to give 90 minutes of monologue the adequate depth and vivacity. You can tell that Lloyd has relished the chance to strip even further back from what was instigated in The Pitchfork Disney.

Killer is the type of theatrical experience that will no doubt impress audiences with its novelty and sense of audacity, but beyond this there seems to be less of intrinsic value – a showcase, perhaps of Ridley’s toying with themes and concepts, but never really having the harrowing overall punch that such a piece could well have delivered.