Review of: Chinglish at the Park Theatre

A rather straightforward plot, Chinglish is rarely subversive, but, in a sadly non-diverse theatrical environment, subversively rare.

Chinglish is a show that could so easily have careened into disastrous stereotyping both of character and nationalities, especially given the recent track record of British depictions of East Asian roles onstage. It is refreshing, exciting even, to therefore see a show that, while not entirely tackling these issues head-on, managed to show that, through the commission of such pieces, things can and are heading in the right direction.

David Henry Hwang’s play, hitting the UK boards for the first time, is a marvellous concoction in its mingling of comedic, aural and social ideas. We begin with mid-Westerner Daniel Cavanaugh, a man looking to further business opportunities in China (in the form of signage provision and distribution), seeking the coveted notion of guanxi – which, to Western ears, is a mutual rapport and understanding between business compatriots and trading partners. Vice-Minister for Culture, Xi Yan, forms a certain (sexual) rapport with Cavanaugh and, through this intimacy, exposes cultural and emotional contrasts between the different national backgrounds.

Hwang’s humour is ceaseless, playing upon and exposing linguistic misunderstanding between Mandarin and English speakers in a way that aims not to mock either nation, but rather the assumptions and prejudices of individuals. Certainly a couple of these gags grew old quickly, but the vast majority kept the belly laughs coming across both Stalls and Circle of the Park200. This linguistic barrier is played upon in different ways – offering sanctuary and refuge for Xi Yan to openly confess and talk to herself, even in the presence of her Western lover. But the real coup-de-grace here comes in Hwang’s decision to make Cavanaugh a signage salesman – signs are perhaps the most opaque and obvious juxtaposition of different languages, where sometimes the same meanings can be interpreted in entirely different ways. A cheeky symbol for the overall theme of the performance. 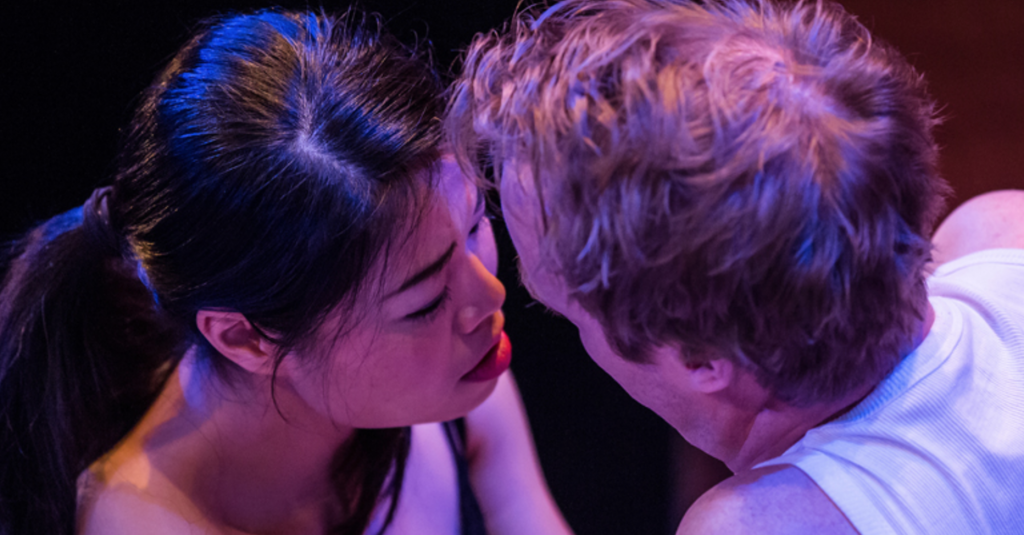 Director Andrew Keates keeps things lively, every scene being well-blocked and keen to play up its humorous qualities. Gyuri Sarossy’s Cavanaugh played the mid-Western salesman well – laced with (or reminiscent of) Keaton’s lead in The Founder, but the real star here is Candy Ma’s Xi Yan, giving an intimacy and honesty to the role, while also justifying her love for Cavanaugh. It was exciting to see these scenes, underlying the comedy with genuine emotion and complexity.

The show may have sometimes flagged, especially towards the end of the first act, but this was a small quibble in a commendable staging of Hwang’s piece. A rather straightforward plot, Chinglish is rarely subversive, but, in a sadly non-diverse theatrical environment, subversively rare.