1) A Midsummer Night’s Dream is quintessential Shakespeare – did you ever feel the weight of this heritage while constructing the plot of Thisbe? Was it exhilarating or intimidating?

Shakespeare is the greatest storyteller ever known. His characters, adventures and romances are so laden with drama that it was exciting to take one of his well-known stories and carry on where he left off. I like to think that he’d like the concept of Thisbe! Puck’s mischievousness lives on… The lovers stories continue… and a new character, one that is in need of some adventure and drama of her own, is born.

2) You said the show sprang to you from the unsatisfying ending of A Midsummer Night’s Dream – what drew you to this relationship in particular, given the show is stuffed full of complex couples (like Oberon and Titania or Theseus and Hippolyta)?

There are a few couplings in A Midsummer Night’s Dream but none left a question mark hanging for me quite like the partnership of Demetrius and Helena. Helena had been pursuing Demetrius for a while but her love was only requited once he was under a love spell. I have lots of questions about a magic induced marriage! Does the spell mature? Does Helena ever find out? How in control is Demetrius? If the spell was reversed would he revert back to his younger self, in love with Hermia? The possible drama that could come from the spell being uncovered appealed to me greatly. 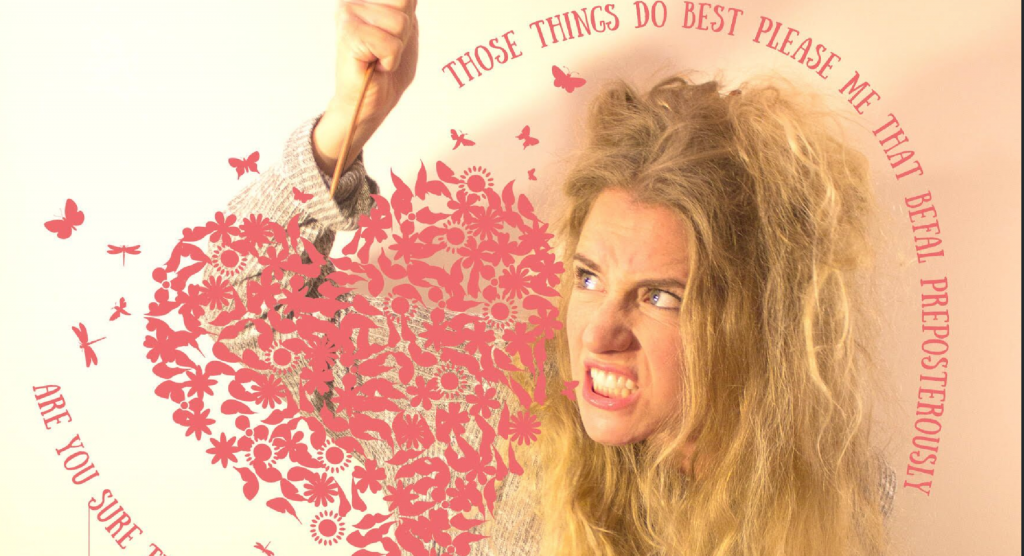 3) ‘Sequels’ to Shakespeare plays, such as Dunsinane (less so Hamlet 2) are quite a modern trend – why do you think there’s an impulse to interrogate the Bard in this way?

Again, because he’s such a great story teller! His characters are rich with passion and flaws. His plays take the audience on such a journey that by the end they feel like they know the characters inside out. Well it’s rather a temptation to keep that relationship with the characters going… Why stop there?

4) A key aspect of this show is the feature of live music – how did this interact with your writing choices and what effect do you think it has?

A lot of the music integration comes from experimentation in the rehearsal room. Especially with the scenes written in verse – we don’t know how the music will fit until we try different things out. The script wasn’t complete until a few days before opening night – we were always chopping and changing things, making sure the dialogue worked with the rhythm and the musical atmosphere. This is the second cast I have worked with on Thisbe and the music and therefore parts of the script are different. With actor-musicianship, I find that the collaborative nature of the devising and writing process results in an ‘ownership’ of the piece. This version of Thisbe very much belongs to this company.

5) The show is embarking on a national tour – what are you most looking forward to in this time? Do you think you’ll be fussing over script adjustments as you go?

Small adjustments may be made as we make discoveries with audience reaction but I am happy with the piece – it is ready to tour! I am very much looking forward to getting it on the road and meeting people in different cities. Theatre is for cities, towns and village halls! Thisbe is a story that can appeal across the ages and I very much look forward to receiving feedback that can inform Door Ajar’s future work.