A beautiful and moving exploration of the effects of war on soldiers and their loved ones. An experience not to be missed ! 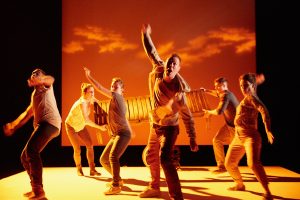 Pink Mist is a deceptively safe sounding name that is shown as beautiful dreamlike image, but it is a traumatic mirage reflecting the horrors encountered by soldiers. It is a term used to describe the spraying of blood that lingers in the air when a solider has been hit by a sniper or bomb attack and what we go on to discover in the play, is the effect of harrowing experiences like that. This production, commissioned by the Bristol Old Vic and written by playwright/poet Owen Sheers is based on interviews collected from returned service men. We are taken through the journey of three young soldiers Arthur, Taff and Hads getting deployed to Afghanistan and returning to a wife, a mother and a girlfriend left behind struggling to hold down their family forts. The physical and psychological effect this has not only on the soldiers but also on the loved ones they left behind is explored with such raw honesty in Sheer’s poetical narrative and intersection of these experiences.

Arthur played by Dan Krikler is largely the driving force of this production and he engages the audience throughout with his natural command for storytelling. What makes it so compelling is that we hear from all the characters individually, gaining both perspectives equally in this 50/50 cast of men and women. It’s through the interactions of the characters and the choices Directors John Retallack and George Mann made, such as the use of a modern style of Greek chorus to support each narrative, that we get the full picture. The combination of movement sequences and lyrical spoken word that weaves in and out of  dreams and reality, the past and present is performed with such skill and ease. Alex Stedman who plays Hads was particularly captivating in a slow motion movement sequence that emphasised his tragic experience.   Humour is scattered finely throughout and the audience is tested by it. It is darkly laced at times like the “no hands” joke Arthur shares with Hads which got an awkward laugh.

The daily hum drum routine of life becomes the motivator to seek change and the army offers that appeal to the three men, particularly Arthur who influences Hads and Taff to join him. We discover the forms of escapism the men use as their coping mechanism to drown out the realities of war they faced but it appears that nowhere is safe from the recollections they experienced. In the case of Taff played by Peter Edwards, we see this expressed mainly in dance sequences that are heavy with the beats of Dubstep music to block out his suffering. The scars that are visible to his wife are invisible to the rest of the world and that is part of that tragedy, the suffering in silence and through distractions. I was particularly moved by the Had’s mother Sarah, played by Zara Ramm who built up the rhythm of her narrative in the most heartbreaking way from nostalgia to pure anguish. 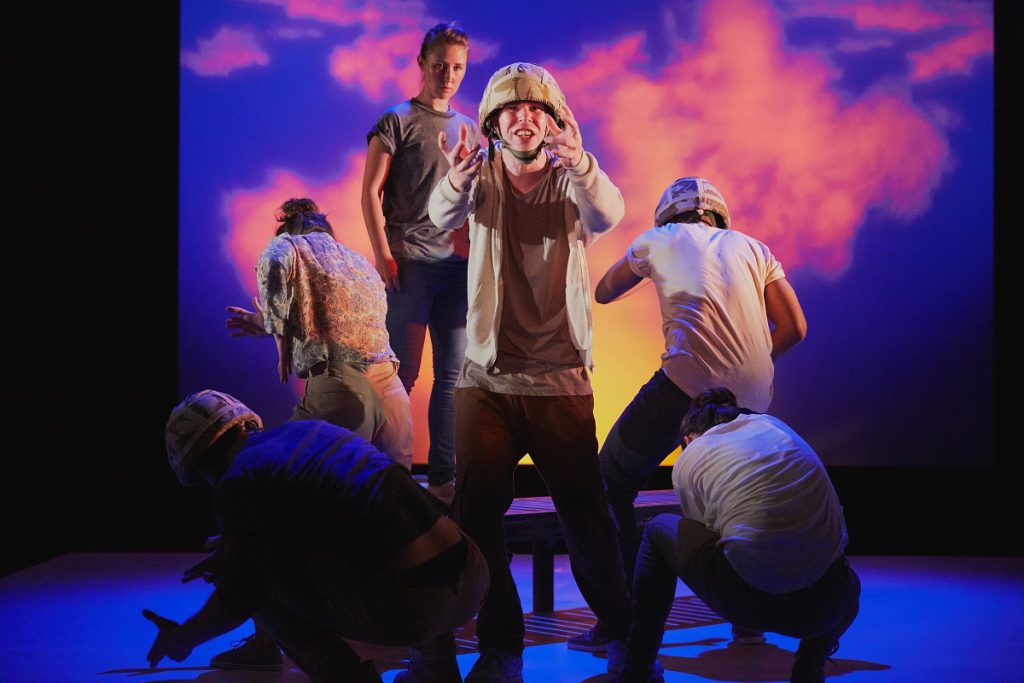 This is a show that is visually breathtaking through its simple approach to design, lighting and sound. The sound effects cleverly arranged by Jon Nicholls are overwhelming and take you by surprise. He invites the audience to experience the essence of the atmosphere like the characters do and the remix of music with the sound of rockets in one of the movement sequences was a brilliant fusion and a great reflection of that. Peter Harrison’s lighting effects really come to life during the movement sequences. His ability to evoke surroundings from the heat of the sun in the Middle East to the interior of a nightclub through colours and projections is very clever. It is a production that is well polished and reaches deep into the senses.  A repeated and haunting phrase that starts with you and leaves with you is “Who wants to play war” which dispels any notions of the glorification found in the army recruitment process. It serves as a stark reminder of the reality faced by those going into service, particularly young lives who if they return, are never the same again and what that does to their relationships with others.

Pink Mist will be continuing its run at the New Wolsey Theatre Wednesday 8th February till Thursday 9th February at 19:00. You can book your tickets from their website https://www.wolseytheatre.co.uk/shows/pink-mist/ or through their box office on 01473 295900 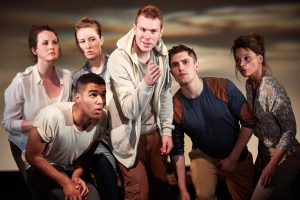