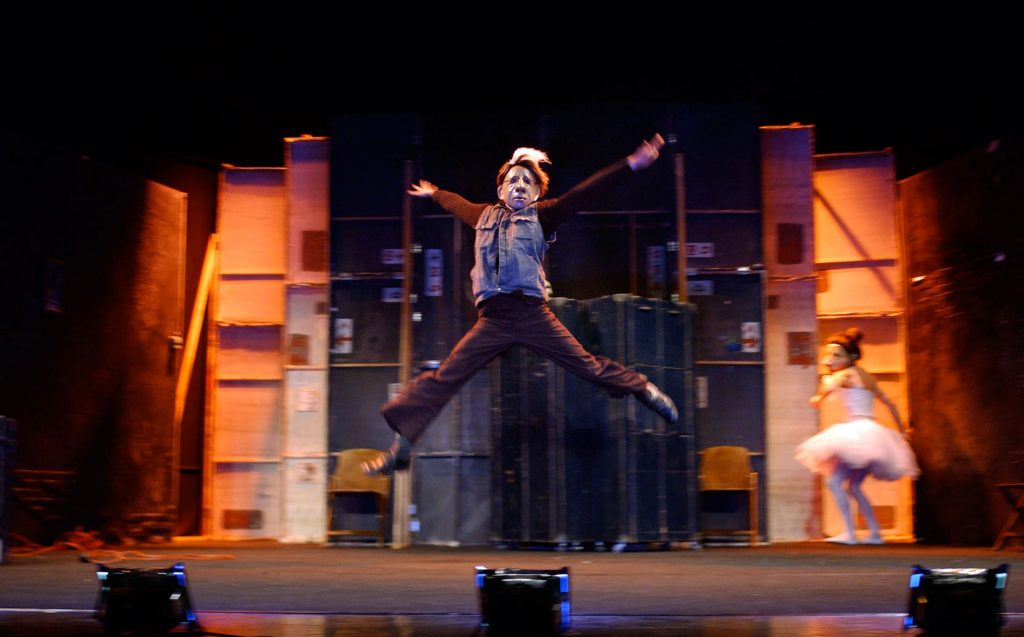 Theatre Bubble is proud to celebarate the publishing of our 1,000 article today: our 5 Star review of Familie Flöz’s Teatro Delusio. The review is part of our month long coverage of The London International Mime Festival, which is celebrating it’s 40th Anniversary this year.

The Mime festival is one of our favourite fixtures in London’s cultural calendar. The festival was founded in 1977 and is the UK’s longest established annual international theatre festival. Celebrating cutting edge and essentially wordless performance, its programming embraces a dazzling spectrum of performance forms including new circus, puppetry, physical theatre and live art.

Mime Festival productions have won nominations for several Olivier Awards, with Peeping Tom’s 32 Rue Vandenbranden winning Best New Dance Production in 2015. The festival runs until the 4th of February. Check out their exciting program here, and don’t forget to check in regularly to see Theatre Bubble’s coverage of all the action as it happens here.

Theatre Bubble have published 511 reviews, 323 News Articles, 94 Features and 72 Blog Posts since first starting – a stellar feat that we can only hope to eclipse in future years!