The New Group’s production of Sam Shepard’s Pulitzer & Obie prize-winning play, Buried Child, directed by Scott Elliott, and starring the multi award-winning, international star Ed Harris (whose credits include the first hit series of Westworld as the mysterious Man in Black, Pollock, The Hours and The Truman Show), is now extending its critically acclaimed West End run at Trafalgar Studios until Saturday 4 March 2017. 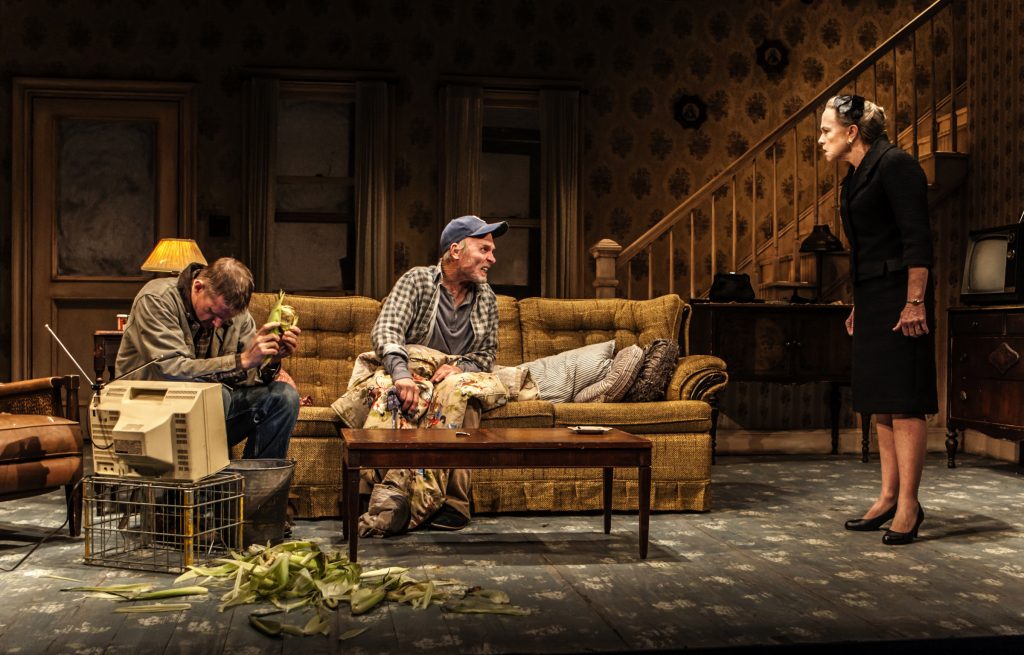 Adam Speers, Executive Producer, ATG, said “Both my co-producer Lisa Matlin, and I, feel privileged to have brought this production of Buried Child to the West End from New York, and are delighted that its now extending its run until early March.  Sam Shepard’s Pulitzer prize-winning play is a masterpiece, and this is a once in a lifetime opportunity to see one of the finest actors of his generation, Ed Harris, on stage in London.”