Review of: Fool for Love at Found111

After a dazzling opening and a buzzing, brilliant middle act, it may have been foolish to expect Evans to maintain the same level of consistency for his closing show. Fool for Love is, perhaps a whelming end to a stellar year at 111, Charing Cross Road.

Fool for Love is an interesting choice to round off Found111’s residency at the former Central St. Martin’s. Simon Evans has, in the form of The Dazzle and Bug, sporadically spent the last year creating something skincrawling-ly good – reacting to the dense, cracked rooms of the building – using scripts that fit neatly into the area – augmenting both the text and the audience experience through the choice of pop-up venue.

A shame, therefore, that Fool for Love doesn’t create a perfect theatrical triumvirate. Shepard’s play, a cantankerous exercise in lust and subtle secrets, simply doesn’t connect to the venue in the same way Bug or shows like Barbarians managed to do. The hour-long show navigates the issues from the typical motel room (much like Bug, though seemingly less immersive this time), fit with cheap, chipped bed, fragile doors (that seemed to be incessantly banged for the sake of the noise) and tumblers stored in medicine cabinets. Set design from Ben Stones is everything that needs to fit the bill, coupled superbly with Elliott Griggs’ lighting.

We alight upon Eddie and May, the epitome of dysfunctionality, oscillating between romantic tryst and violent argument. As Joe McGann’s Old Man looks on, the story of their lives is unraveled (with a fair few obvious hints at the inevitable conclusion). Adam Rothenberg and Lydia Wilson as the central couple are perfectly serviceable, straddling the line between hatred and love the way Shepard intended. Wilson, eventually becoming the archetypal lady in red, seems to relish the role she’s granted as a keeper of secrets, coming alive with vibrant energy for a few moments. 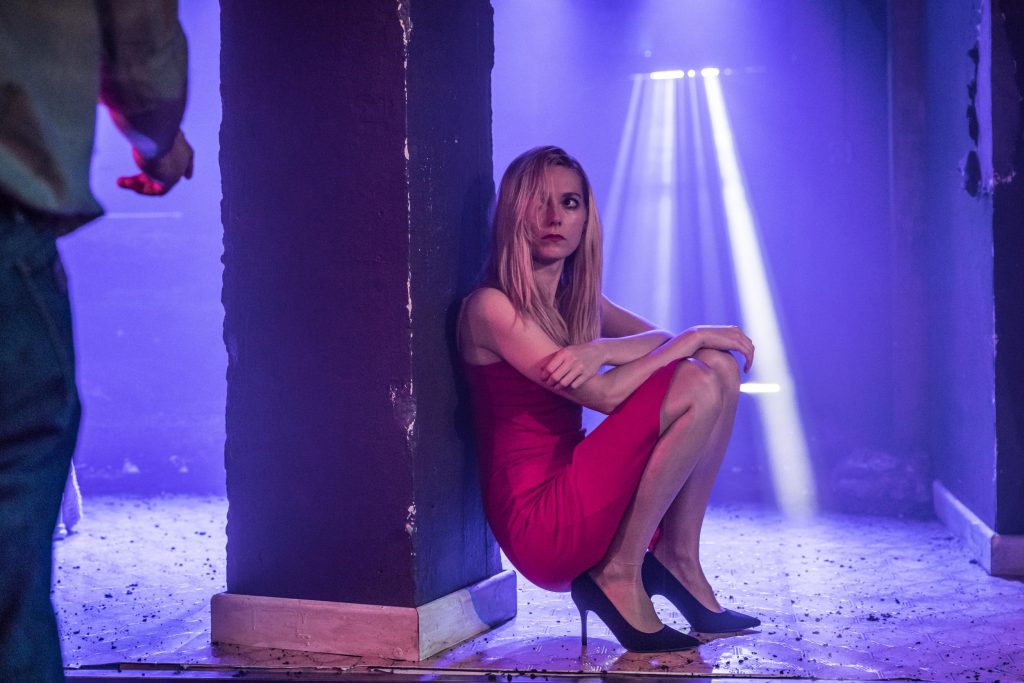 Evans is a dab hand with direction (his Midsummer at the Southwark still one of my favourite shows of the year), but it felt almost as though something was amiss here. Wilson’s speech, essentially concluding the show, felt entirely static at a point when movement could have been exhilaratingly pointed, while the door slamming felt akin to some form of injoke.

The fundamental issue was that some shows connect to site specific, pop-up venues, while others don’t. Shepard’s play never accomplishes what was so exciting about others, a pity, perhaps, but to reconfigure a play to fit into these low, oppressive ceilings is never an easy task.

After a dazzling opening and a buzzing, brilliant middle act, it may have been foolish to expect Evans to maintain the same level of consistency for his closing show. A whelming, perhaps, end to a stellar year at 111, Charing Cross Road.