Jacob doesn’t know why he’s here. He’s been at war for six years but nobody will tell him why. They get asked when they sign up what they want to do for the Capital State and they reply ‘Fight. Help. Assist. Do some good.’ But they’ve been helping for thousands of years and they’re still at war.

The Acedian Pirates is the debut play from Jay Taylor (Nell Gwyn, Wolf Hall, Bring up the Bodies) which challenges our understanding of mythology and forces us to ask vital questions about military occupation.

The Acedian Pirates looks at the struggles of a unit of soldiers who are desperate to return home but new arrivals puts this in jeopardy. Where are they, who are they and why are they even fighting? As loyalty and friendship conflict with the military necessity for obedience, this production challenges the humanity and logic of military occupation and the jingoism and bluster that defines the armed forces. 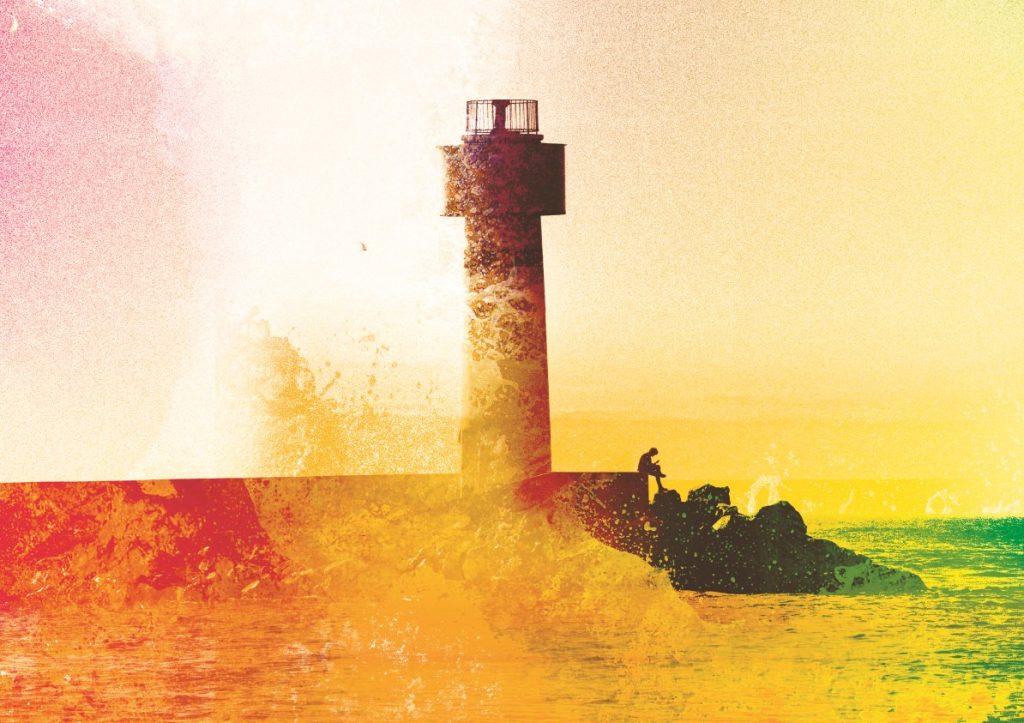 Set within a lighthouse, the action of The Acedian Pirates unfolds in a small, claustrophobic, pressure-cooker space – brought to life by designer Helen Coyston and director Bobby Brook. Drawing influences from Ancient Greece to post-apocalyptic imagery, the aesthetic highlights the timeless and cyclical nature of war.

Jay Taylor comments, The Acedian Pirates was born out of a desire to investigate the moral conundrum of military intervention and the mythology of warfare. My experiences as an actor have informed my attitude towards the rhythm of dialogue and prompted me to create characters that I would want to play myself; emotionally flawed, morally ambiguous yet ultimately tragic human beings. It’s been fascinating being involved in the genesis of a project and discovering what goes into a production before rehearsals even begin.

Shortlisted for the inaugural Theatre503 Playwriting Award in 2014, The Acedian Pirates is produced by Tara Finney Productions and Theatre503, the critically-acclaimed team behind Land of Our Fathers (Time Out’s Fringe Show of the Year 2013), with support from Arts Council England.