Once Upon A…is a new partnership project, between Filament and Stratford Circus Arts Centre, working with Pegasus Theatre Oxford and Derby Theatre. Filament is currently leading workshops for children in Key Stage 2 in each partnership area – East London, Derby and Oxford – to develop a new family show, using the children’s short musical stories to create a production that will tour in 2017.

Workshop participants – children at Key Stage 2 – will have access to dedicated story website linked to the project where all stories are uploaded. Children can read each other’s work and can see and hear stories read by actors, modelling how pitch, tone and intonation can inform the telling of a story. They will feed into the creative process of the show, learning how to their ideas go from initial thoughts to a finished piece, meeting the creative team behind the show and having continued access to project updates including rehearsal room footage. All the children involved will be invited to attend a final performance in their area in Summer 2017.

The September sharing of this project is the first glimpse of a finished show which will tour in Summer 2017, with performances at Derby Theatre, Pegasus Theatre, South Street Arts Centre, Warwick Arts Centre, Z-Arts and Stratford Circus Arts Centre. Children from local schools – New City Primary School in Newham, Grafton Primary School in Barking and Dagenham, and Ray Lodge Primary School in Redbridge – have been invited to see how their early ideas have translated to stage, and will be given the chance to feed further thoughts and ideas back to Filament to take the work to the next stage. 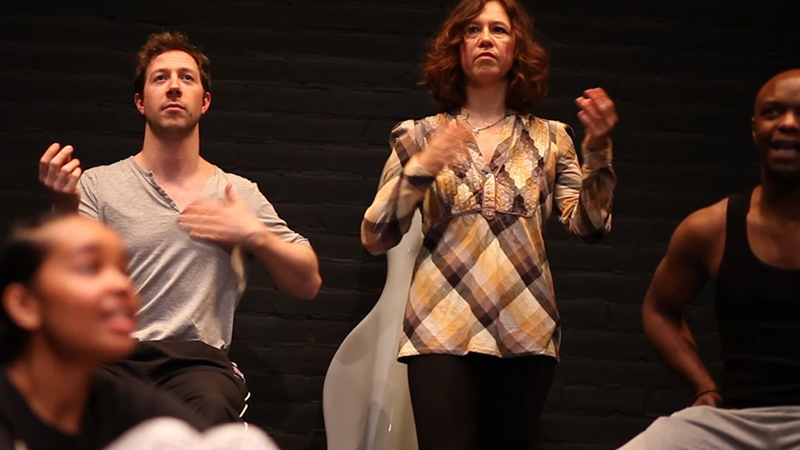 Filament Theatre creates bold, arresting and engaging theatre which combines multi-part vocal music with a visual and physical approach to performance. They work with theatres and other venues as well as collaborators including stand-up comedians, TV presenters, singer-songwriters, facilitators and coaches to enable a broad programmer of public engagement through workshops and participation in projects and performances. Filament is led by Onset Schmool (composer, lyricist and choir leader) and Sabina Netherclift (director and movement specialist). Their aim is to bring original music theatre to a wide audience by working with partners and presenting work in both theatres and non-traditional public spaces. The company is an Associate Artist of Greenwich Theatre and a Resident Company at Stratford Circus.

Osnat Schmool trained at the Bristol Old Vic Theatre School and Goldsmith’s College. She is a composer, lyricist and performer. Writing credits include all of Filament’s work to date, Earth Makes No Sound, Momo, One or the Other, One Small Step, One Dark Night and Drive Ride Walk, and Re:Love (Bridewell Theatre), The Thirsty Giraffe and Goldilocks (Little Angel Theatre). Osnat’s work draws on culturally diverse influences from Latin American and African music and dance to her own Middle Eastern and Jewish roots. Osnat is director of The Roundhouse Choir (for singers aged 16-25) and has been leading them since they were established in 2009.