Following in the footsteps of the success of their previous adaptations of Our Man in Havana (2017) and Woyzeck (2018), Young Pleasance graduates Spies Like Us are this year presenting Murder on the Dancefloor at the Edinburgh Festival Fringe. Writer and director Oliver Norton-Smith tells us all about making their first original work 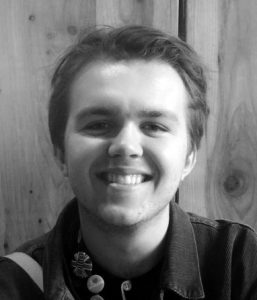 What can audiences expect from Murder on the Dancefloor?

Without giving away too much, audiences can certainly expect a good time! This is a fast-paced and frenetic show that goes at breakneck pace. I think we’ve managed to create a sheer sense of energy within the script – in practice, it’s going to feel electric. As with our previous work, you can expect a cracking soundtrack. After crooning doo-wop with last year’s Woyzeck, this time around you should expect blood-pumping grooves and a generational clash of styles and genres. It’s about dysfunctional families and friends and the extremes we will go to in order to succeed – it’s dark and absurd. We want audiences to laugh, cry and be disturbed!

Your adaptations of Our Man in Havana and Woyzeck were big hits, but this is your first original work. What’s it been like working on your own show?

In the past, we’ve worked with established texts, finding new ways to express narratives that already exist and trying to retell them physically using an ensemble. This year, we’ve been able to let our imaginations run wild coming up with new narratives and modes of performance. We also have a female lead for the first time which is a refreshing and welcome change. It’s not been too far removed from our previous shows though. We tore the originals apart and made them into something new to tell our own story, so they were their own original entity. That being said, Greene and Büchner are iconic writers so not having their brilliance to fall back on has meant we’ve focused on making this messy beast of a play into something that’s watertight and lean. 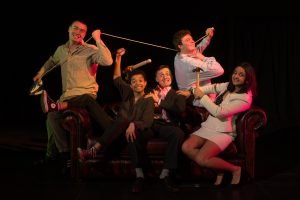 Why did you decide to write Murder on the Dancefloor?

I studied in Manchester and as I came back home to London for university holidays, the city I grew up in started to feel less and less like home, and less and less like the place I’d build it up to be in my mind. I became fascinated with the idea of home, and that became embroiled with conversations with and about family and friends. When (other Co-Artistic Director and Performer) Hamish and I were writing Woyzeck last summer we shared a joke about the great lengths we’d go to to afford to live in London, and it was from that exchange that the whole play emerged. I was frustrated and felt that reality had become so absurd that I wanted to write something that reflected that madness and showed how desperation can make you fight dirty.

How do you think Edinburgh audiences will be able to relate to its subject matter?

This is not a play about any specific city, but it speaks to anyone who feels that the reality of trying to build a home is impossible. We’ve become very interested in the question of who has the right or means to start or, in some cases, restart a stage of their life, and we explore the factors that affect that across generational divides. If you’ve ever felt frustrated, or stuck, or like you can’t win by doing what’s expected of you or by doing what’s deemed ‘right’, then this is the show for you.

If house prices weren’t an issue, where would you choose to live?

Somewhere where the sun shines and the food is good!

Murder on the Dancefloor is playing at the Pleasance Courtyard (venue 33) from the 31 July to 26 August at 2.15pm. You can buy tickets here.