It is beyond fitting that it is now, at the close of the year and the beginning of the next, that our supposedly National Theatre fulfils the promise of its name and stages a work which truly addresses the state of the nation. In fact, Love is a potent reminder of how rare it is that we see vital and relevant theatre on our stages. I have never before watched a production that left me, more than merely impressed by its creators, ashamed that this is not the standard met by all. Simply, anyone aspiring to make theatre for the world today should watch Love.

It is the latest offer from writer and director Alexander Zeldin, who creates through a collaborative devising process with an ensemble of actors. If this sounds like the work of social realist filmmakers such as Ken Loach and Mike Leigh – and comparisons will abound, particularly to I, Daniel Blake – then Love is the theatrical equivalent. This is documentary theatre. The Dorfman Auditorium is transformed into temporary council accommodation – a claustrophobic communal area, through which we see glimpses of the barely-private lives lived in the rooms offstage and hardly contained by their thin walls. Audience and stage are lit equally, and the first few rows sit on hostel furniture, often alongside members of the cast. 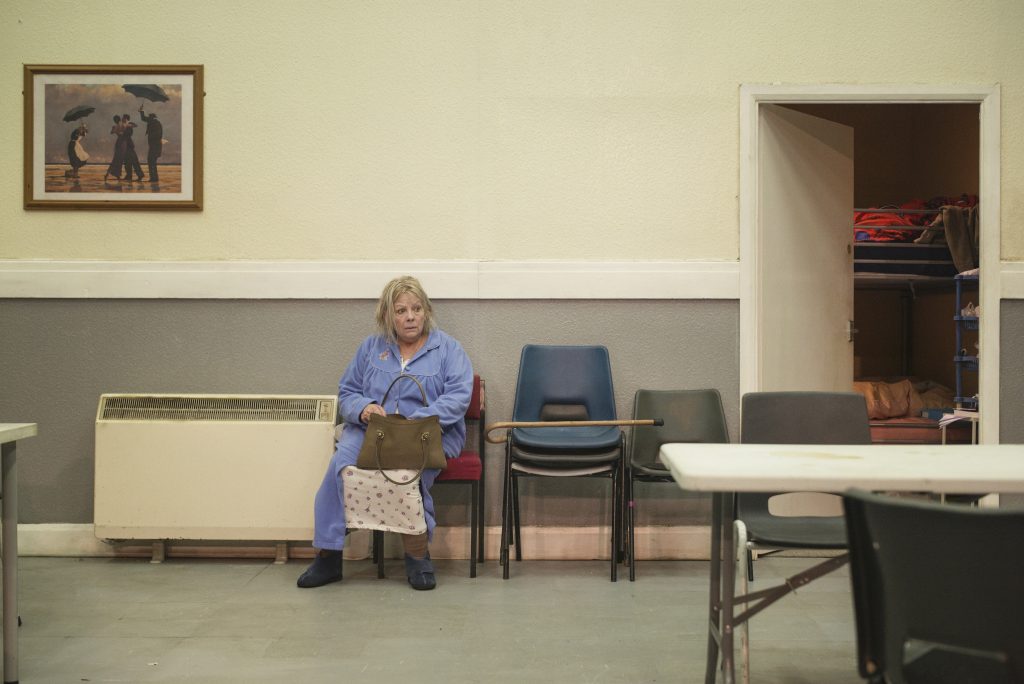 Anna Calder-Marshall as Barbara in Love

The play follows, in a series of vignettes which exist in a temporal semi-limbo, four groups forced into co-existence by shared hostel housing – including a middle aged man and his elderly mother, an isolated man from Syria, and a family of four soon to be joined by a fifth. From these, Zeldin creates a compelling portrait of the fractured  lives forgotten by society. Sean and Emma are waiting for council housing before Emma gives birth – Colin and his mother, Barbara, have been waiting twelve months.

To call this documentary theatre is a testament to the extraordinary work of the cast and the design team. These are stunningly authentic performances – to the extent that to call them “performances” is a disservice. One of the cast members has never acted before – Zeldin met her at a workshop for refugees – but they are indistinguishable from the more experienced members of the cast, who deliver a naturalism we are often told is not possible onstage. We have been told wrong. In particular, Nick Holder excels at Colin – utterly unrecognisable from his role as Mr Peachum in the National’s Threepenny Opera, his is a tender and sensitive portrayal of a man without hope, inscrutable and insensitive but with unconditional love for his invalid mother. A scene where he washes her hair with fairy liquid at the communal sink is touching and heartbreaking. 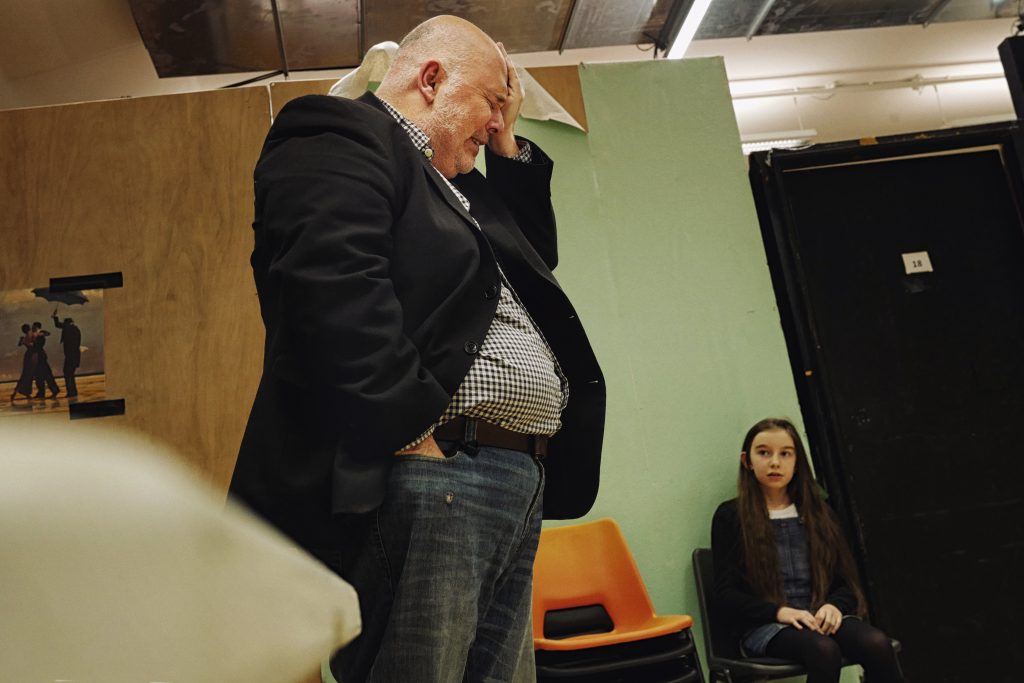 Here again Zeldin attracts comparisons to social realism in film. The breakdown of the dignity of these individuals is expressed so economically, and with such control, in finely crafted images haunted with meaning. A scene between a father and children plays out to the soundtrack of his phone, on loudspeaker, on hold to the council. An old woman sits alone, as the doors to the lives around her slam shut. A boy raps about wealth as the lights above him flicker. This would be powerful storytelling if it were not for the fact that this is no story – for this is the reality for the tens of thousands trapped in poverty.

There is one other comparison worth drawing between Love and I, Daniel Blake. In Love, the stage has found its first truly great work for austerity Britain – a cry for compassion for those forced offstage in society.