Review of: The Hours Before We Wake at Underbelly Cowgate

For a new and emerging theatre company coming to the Underbelly, Tremolo Theatre have to be commended for their efforts in creating a watertight conceptual performance.

The Hours Before We Wake, the first show from newly formed company Tremolo Theatre, is the type of show founded on a distinct, dystopian vision. Very similar in both content and tone to Theatre Ad Infinitum’s Light, the performance constructs a world where dreams have been appropriated by social media – manipulated by specialised pills, dreamers can tailor their dreams to their own preferences, before sharing, chatting, liking or commenting upon one another’s unconscious experiences.

It’s a nice and solid idea, one that keeps the show ticking over with the right amount of intrigue and world building for the full duration of the 90 minutes. Unfortunately, the rest of the plot seems relatively pedestrian – files have to be acquired, tails have to be lost, memories have to be depicted. And, since this is a dystopia, a terrible truth at the heart of this future world has to be presented to us in all its glory. The end premise was at least something to chew on, but the process of getting there felt like the company, in their devising work, have simply taken their favourite tropes from their favourite sci-fi stories. 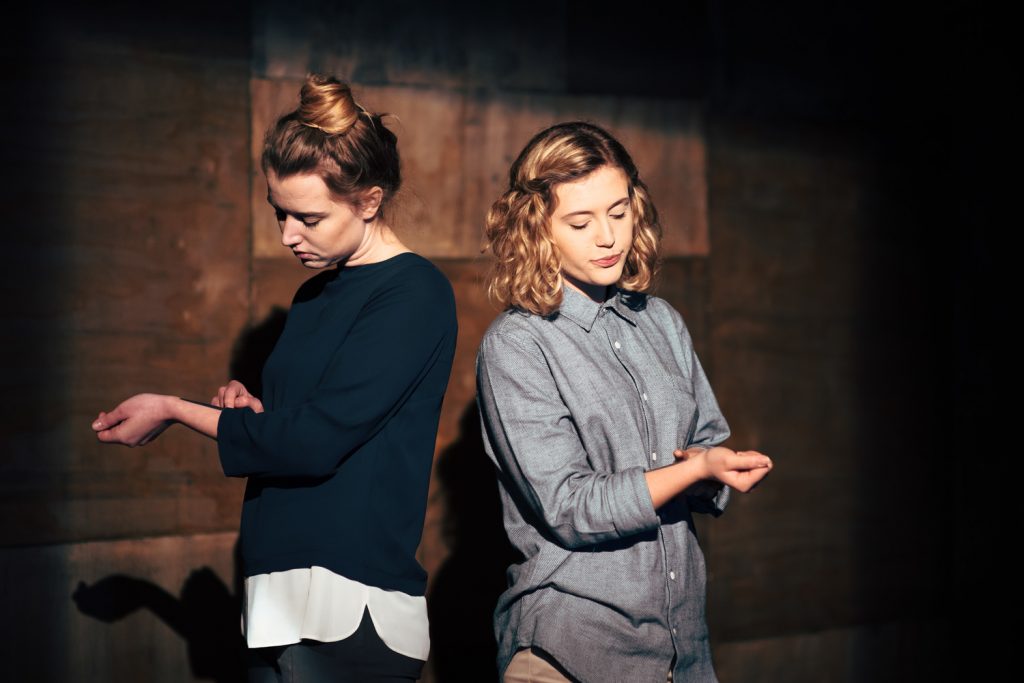 Sci-fi, dystopian theatre is a tough nut to crack. Shows that go big (say, Philip Ridley’s Karakula with the Soho Theatre) can often be rewarded in kind, while shows that use innovative technical forms also see big gains (as noted in Light). The Hours Before We Wake seems to accomplish neither of these things, giving us a very middle-road final product – injected with humorous elements that, while delivering the laughs, seemed to undermine the overall credibility in the project. The show is about dreams – a reality bending concept that, in this performance, only become an arbitrary plot point rather than a powerful symbolic or theatrical force – meaning the ending conundrum is never as powerful as it could have been. Dialing back on the meatier spy/intrigue elements and focussing more closely on the personal aspects of the subconscious could have made for something far more exhilarating.

The acting was, for the most part, a solid affair, with the cast accomplishing the multi-roling with relative ease – James D Kent’s central performance as the idealistic and uncharismatic Ian giving us the protagonist needed to instigate an overall narrative arc. Costume design was nicely consistent – almost a desaturated tribute to Spike Jonze’s aesthetic in his 2013 Her, evoking the necessary pangs of a dystopian future (collarless shirts are here to stay, it seems). The minimalist set design was equally effective, as was the choice to place the sound designer onstage – a visually present part of the performance, almost like a live band accompanying music. Giving technical creativity the limelight it deserves is always a step in the right direction.

For a new and emerging theatre company coming to the Underbelly, Tremolo Theatre have to be commended for their efforts in creating a watertight conceptual performance. All the signs point towards some fantastic theatrical output from the group going forward – but perhaps, in this case, being slightly less ambitious can deliver much greater results.