Amanda Holden said: “I cannot wait to spread my Fairy Godmother dust over the festive season in this huge production at one of the most iconic theatres in the world. It’s an absolute honour to have been asked.  I’m very excited but nothing like my two girls who can’t wait to watch their Mama fly!” 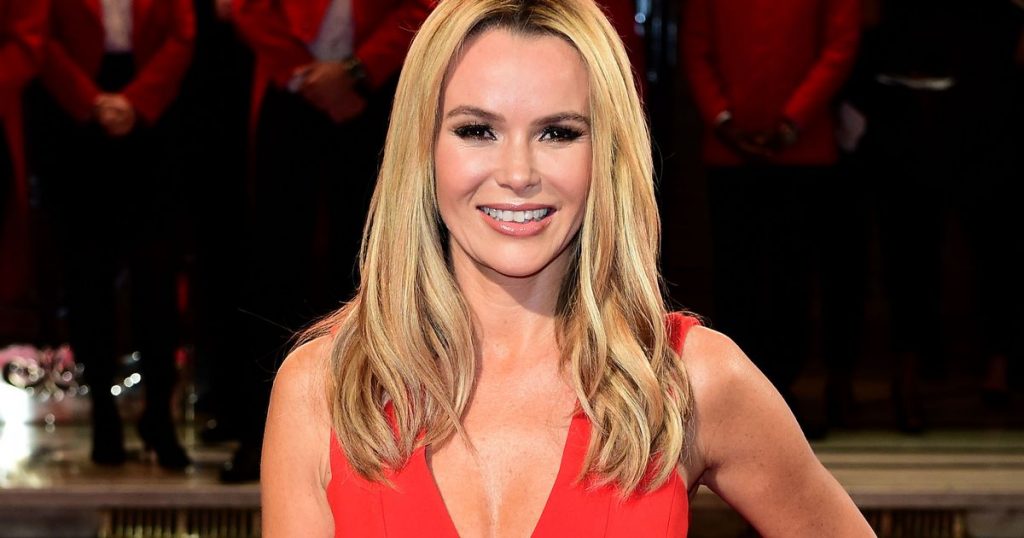 Amanda Holden is an English television presenter, actress and singer, best known as a judge on ITV’s Britain’s Got Talent since the show began in 2007.  Holden has appeared in several stage musicals including playing the role of Princess Fiona in the West End premiere of Shrek and was nominated for an Olivier Award for Best Actress in a Musical for her performance in the West End production ofThoroughly Modern Millie.  As well as hosting This Morning, she has appeared in various British television series such as The Grimleys, Kiss Me Kate – a sitcom with Caroline Quentin, Hearts and Bones, Cutting It and with Harry Enfield in the comedy series Celeb.

The London Palladium is a venue to which all performers aspire and has hosted more annual Royal Variety Performances than any other theatre. Designed by Frank Matcham it opened on Boxing Day 1910 and became famous, partly through television, as the “Ace Variety Theatre of the World”.   Among the greats that have played here are Bob Hope, Judy Garland, Bing Crosby, Sophie Tucker, Ethel Merman, Howard Keel, Arthur Askey, Ella Fitzgerald, Nat King Cole, Tommy Steele, Julie Andrews, Ken Dodd, the Two Ronnies, Bruce Forsyth and Cliff Richard.  In 1979 Yul Brynner arrived in a spectacular production of The King and I, which heralded further musicals in recent years including Joseph and the Amazing Technicolor Dreamcoat, Cameron Mackintosh’s Oliver!, Saturday Night Fever, The King and I starring Elaine Paige, Chitty Chitty Bang Bang, Tommy Steele in Scrooge and Sinatra at the Palladium, the hugely successful revival of The Sound of Music, Sister Act, The Wizard of Oz, A Chorus Line, Barry Humphries’ Farewell Tour and Cats.  It has recently returned to its variety roots and is once again quickly becoming one of the most popular venues for leading musicians, performers and comedians.   The London Palladium is owned by Andrew Lloyd Webber’s Really Useful Theatres Group.