Further cast members are announced to join the previously confirmed star Dominic Cooper in Stephen Jeffreys’ sexually charged masterpiece The Libertine this autumn. Directed by Olivier and Tony Award-winning Terry Johnson, the play will have a limited run from 31 August to 17 September at Bath Theatre Royal as part of the theatre’s 2016 summer season, prior to a West End engagement at the Theatre Royal Haymarket from 22 September to 3 Decemberr.

Fresh from starring in AMC’s new television series Preacher and fantasy blockbuster Warcraft, Dominic Cooper makes a return to the stage to play debauched 17th Century rake the Earl of Rochester alongside Ophelia Lovibond(Elementary, Nowhere Boy, and Guardians of the Galaxy) as Elizabeth Barry. They will be joined by Jasper Britton as King Charles II and Mark Hadfield as Etherege with Will Barton as Alcock, Cornelius Booth as Harris / Huysmans / Constable, Will Merrick as Billy Downs and Richard Teverson as Sackville with further casting still to be announced.

John Wilmot, the second Earl of Rochester is a charismatic poet, playwright and rake with a legendary appetite for excess. Yet this most ardent of hedonists is forced to reconsider everything he thinks and feels when a chance encounter with an actress at the Playhouse sends him reeling. With flair and wit, this wild romp through 1670s London offers an incisive critique of life in an age of excess. 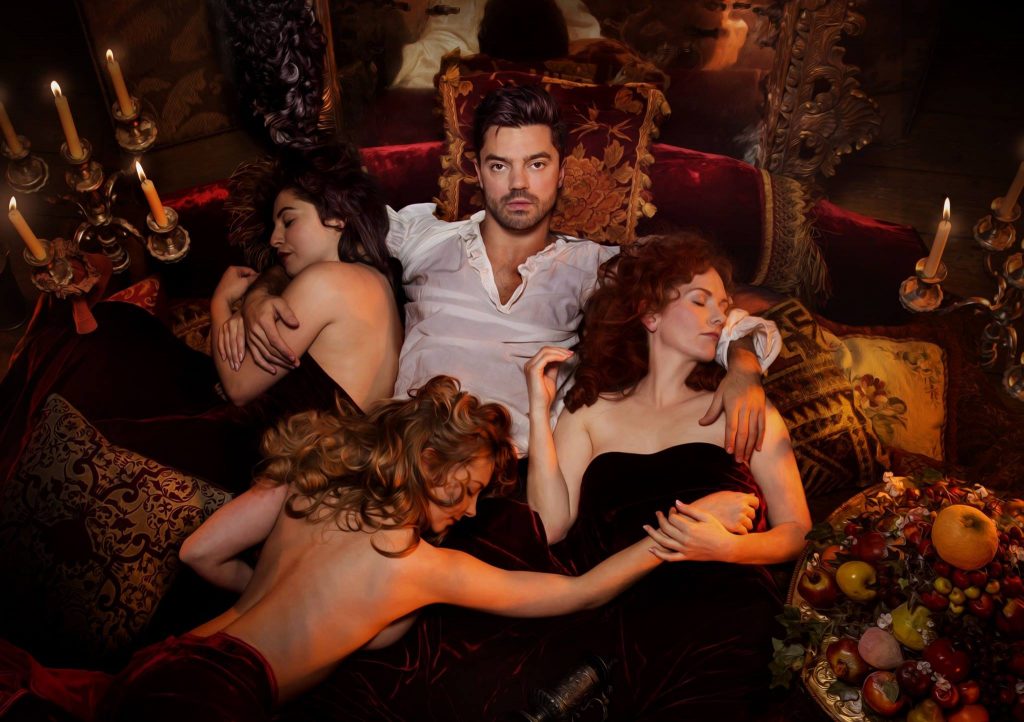 Ophelia Lovibond is known recently in the US playing Kathryn ‘Kitty’ Winter in CBS series Elementary and in the UK as Izzy Gould in BBC comedy W1A. Film roles include Carina in 2014 film Guardians of the Galaxy, Shannon in4,3,2,1, Marie in John Lennon biopic Nowhere Boy as well as roles in Man Up, No Strings Attached, Mr. Popper’s Penguins and Roman Polanski’s Oliver Twist. Further Television credits include Mr Sloane (SKY Atlantic), Single (Channel 4), Messiah (BBC), The Poison Tree (ITV), Delta Forever (BBC Three) and is soon to star in SKY1’s upcoming action-adventure series Hooten & The Lady. On stage, Ophelia made her professional debut in Lucy Prebble’s The Effect(Sheffield Theatres).

Mark Hadfield’s recent theatre credits including Richard III (Almedia), The Painkiller (Garrick Theatre), Made in Dagenham (Adelphi Theatre), Jeeves and Wooster: Perfect Nonsense (Duke of York’s Theatre), Singing in the Rain(Palace Theatre) and Thérèse Raquin (National Theatre), for which he was nominated for an Olivier Award. In addition to his extensive stage work, Mark recently starred as Stefan Lindeman in Wallander (BBC). Further television credits include Trollied (Sky 1), From the Cradle to the Grave (BBC) and Maigret (ITV).

Stephen Jeffreys is the author of A Going Concern, The Clink and Valued Friends, which won him the Evening Standard Most Promising Playwright Award.

Terry Johnson is a dramatist and director who has won numerous theatre awards including two Oliviers as a playwright for Best Comedy and a Tony for Best Director of a Musical for La Cage Aux Folles. Other directing credits includeThe Graduate, Entertaining Mr Sloane and One Flew Over the Cuckoos Nest.

The Libertine was first performed on tour and at the Royal Court Theatre alongside the Restoration comedy, The Man of Mode, which presented another, contemporary view of Rochester. It later transferred to Chicago’s Steppenwolf starring John Malkovich and directed by Terry Johnson before Johnny Depp took the title role in the 2004 film adaptation.

The Libertine is produced by TRH Productions, Lee Dean and Theatre Royal Bath Productions with Ilene Starger as Executive Producer.