work.Theatre is a new, internationally-produced theatre company from the UK specialising in new writing. Initially founded in 2012 and re-launched in late 2015, work.Theatre’s first full-length production Circa premièred at the Theater de Meervaart, Amsterdam in January 2016 as part of Festival Contact. This was transferred over after a sell-out development showing at the Old Red Lion Theatre, Islington in November 2015. They are currently raising funds through Crowdfunder in order to transfer to The Vaults Theatre for the Pride in London Festival. 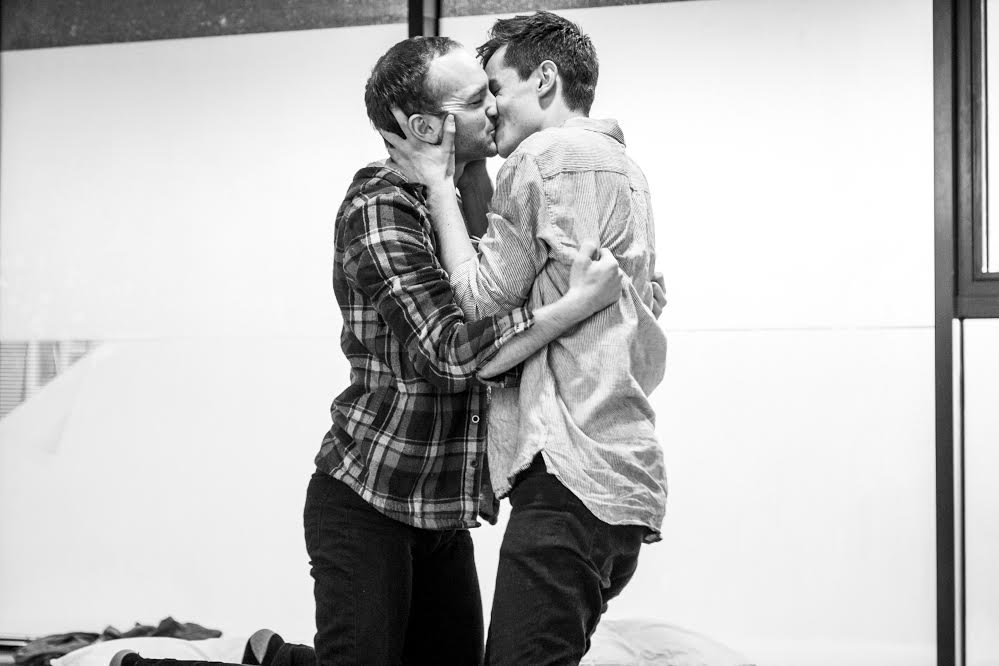 Theatre Bubble: Firstly, who are you and what is/was your proposed project?
Tom Ratcliffe: My name is Tom Ratcliffe and I’m a playwright and actor recently graduated from The Oxford School of Drama (2015). Circa is my debut play and, after a successful developmental showing at The Old Red Lion Theatre on the 23rd of November, it was picked up and transferred over to Amsterdam where it premièred at the Theater de Meervaart on the 8th of January as part of Bureau Barel’s ‘Festival Contact’.
TB: Why did you turn to crowdfunding?
TR: As you can see from my answer above, the turnaround between a developmental staging and an international première was very quick! We turned to crowdfunding due to time restraint (applications to other sources of funding can take a long time) and the fact that we didn’t need an extraordinarily vast sum. The company taking us over had covered most of the costs but, especially as the play has a cast of 10, we needed to raise extra funds in order to have a set!
TB: What do you think makes a successfully crowdfunded project?
TR: It needs to be pushed on social media. Also I think the timing of posts on social media is crucial. We found that when we said we were only a certain percentage away from our target we had an influx of donations. People may not see it the first time you post it so don’t be embarrassed about sharing it again and in different ways. Sometimes it can be a ‘thank you’ to those donated so far etc. Also sometimes you would be surprised at who donates so don’t leave any stone unturned.
TB: How was your experience of the crowdfunding process? Would you recommend it?
TR: Yes I would highly recommend it. A group of my peers and I have started a company (Wildcard) separate to work.Theatre and we certainly intend to use it in the future for that. Especially when your starting out it’s a great way to get your early work funded and put on.
TB: Do you think the crowdfunding process is just a case of the theatre industry being subsidised by those who work within it? Ie. theatre crowdfunding pitches have the highest proportion of first-time donors, which would suggest that the funds come from those who already know the company/artist and their work
TR: When I look down the list of supporters it’s hard to argue with this. Also when I think about who I was targeting, apart from any and every possible relation of mine, it was undoubtedly people I knew in the industry or people who had seen the work at The Old Red Lion. When people have seen your work and believe in it, they are wanting to invest to help you realise what you want to achieve. Which is wonderful. We did also have some donations from elsewhere (including a large entirely anonymous one) but on the whole it was from fellow actor/artistic folk. But when you’re new and starting out, I would wholly expect the bulk of donations to be from mainly people you know, and by the time your established enough to attract interest from elsewhere, you are probably going to be in a position where funds have been gathered from other sources.
Support the show here