A powerful scratch night of writing where six shows tackled relevant and emotive issues on the theme of Health.

Monday night saw Actor Awareness sell-out at Theatre N16 for Health Night; the latest in their series of new writing nights, each attributed a theme relevant to the issues in today’s society. Actor Awareness, run by Tom Stocks, has been campaigning for more diverse representation across the industry and it’s own scratch nights promote this – ranging in theme from class to LGBT to women’s rights. These do an excellent job of highlighting theatre’s importance as a political platform and how the arts can be used to educate as well as entertain.

All six shows that previewed tonight have been taken on in a collaboration between Actor Awareness and Theatre N16, to be produced as full length productions in a week of new writing at the theatre later in the year, a tradition that they hope to continue.

Deborah Espect brought us a touching story of women doing their best to live normal lives within the confines of a mental health facility. Spark Assembly’s production was raw and powerfully uncomfortable with a particularly captivating performance by Katherine Reilly as Nikki. The play was subtle and didn’t sensationalise mental health, but made each character totally relatable and understandable.

We saw scenes from the whole show, which at times seemed fragmented, and as an audience we could have invested more if we saw fewer scenes for longer and their world was fully defined for us. However these snapshots from the play served much as a trailer and showcased its potential as it becomes a full length piece.

Endometriosis typically affects young women as the cells on the outside of the womb act as if they are inside. Written by Ed Keats, The Endo Me was simple and poignant. We saw a typical, young couple. We liked them. We saw that they were happy together and that they enjoyed life. Then, with a diagnosis, we saw it all change. Emily was struggling with what had become a debilitating condition, where chronic pain seemed to rule her life and her chances of conceiving naturally were all but gone and Lee was suddenly thrust into the role of carer whilst also having to come to terms with his own lost dreams of fatherhood.

We admired their enduring resilience at the realisation that their future had spun out of their control and a touching intimacy between the couple led us to believe their relationship would only strengthen on the back of this. 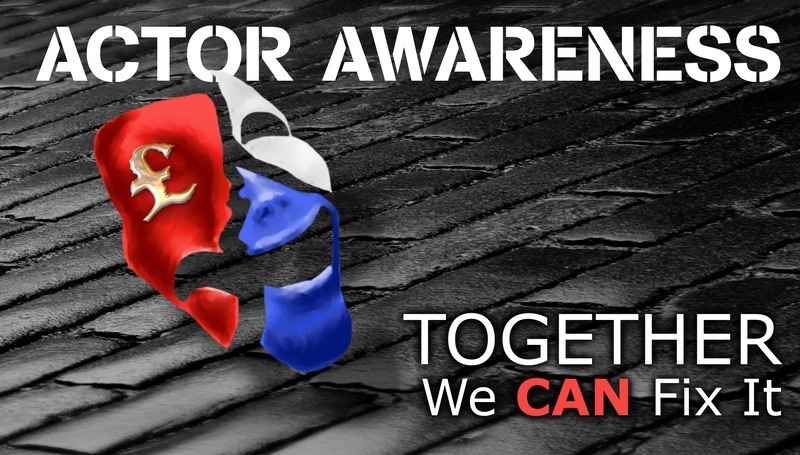 Birth of a Nation

We see fish-out-of-water Joe thrown into the world of Conservative politics, where he needs to question his morals, actions and beliefs if he wants to get ahead. David House’s satire capitalises on the stereotype of our political system; the MPs are caricatures, swaggering around telling jokes no-one could find funnier than they do whilst Madhay Vasantha’s Joe is easily led and struggles to hold his ground as his daughter, his wife and his colleagues all try to pull him into what they want. It is a glorious blend of the ridiculous and the real.

In the short fifteen minutes, some scenes lacked the emotional impact they could have had but the overall message was clear. A prevalent subject, witty dialogue and stellar comic timing from Harry Boyd gave Birth of a Nation real gravitas and is certainly a play to watch.

We’re all a little bit fascinated by what happens in the staffroom; a private world where all the real drama of the school day comes to light. Written by Michelle Payne, The Staffroom focused on three teachers ensconced in their daily ritual of complaining, worrying and gossiping. Oh, and eating. The snappy repartee between the friends was a delight to watch with warm, natural performances from all.

The more serious topic of a potential eating disorder amongst a young girl, and her mother’s subsequent rubbishing of the topic when mentioned, wasn’t fully explored within the short extract and we were left feeling as though the teachers cared more about their own diets than the health of this girl. It did raise an interesting point about how far the school’s intervention in the private life of one of its students should go – something that would be very interesting to explore further in a full production of the piece.

Paula Connolly writes and stars in Scooter which was written to explore what happens to a relationship when there is a substantial change. It followed a couple, Connolly’s character who was wheelchair bound and still coming to terms with the new found impact this had on her life, and Amy-Leigh Matthews her partner, who seemed more frustrated at their situation and less able to cope.

The staging was powerful, with both women speaking as one but also entirely separately. They could talk about their situation, their feelings and just about anything to other people but they couldn’t face each other and say it. The play addressed a range of important issues and a few wonderful lines from Connolly about taking care of herself in the bedroom smoothly delved into the often unspoken subject of disabled sex. It would have been nice to see more warmth between them, as they all too quickly shifted into antagonistic mode and we couldn’t see the history of the love that lay underneath it all.

We had just witnessed two women in a complex relationship that was breaking down pour their hearts out on stage. Then, in hopped a pissed-off appendix in a sleeping bag berating her ex-body in tune with a ukulele. Such was Health Night. Fast paced, utterly bizarre and a wonderful blend of satire and stand-up, these med students from UCL, scrubbed up and deadpan, ended the show on a high. They performed a selection of sketch material from their show ‘A Jam-Makers Guide to Self-Preservation’ which they will be taking up to Edinburgh Fringe for the second time this year all of which culminated in an uproarious and ridiculous medley of musical theatre classics from the whole cast – but with a health themed twist, of course.

It was a joy to see such a range of topics openly discussed, particularly by those in the front line of the action. The med students were joined on stage by actors from all walks of life, making it an incredibly diverse production in terms of age, disability, gender, race and class. Actor Awareness is going from strength to strength with a Launch Party on the 24th June and their next scratch night on the theme of Class as part of the Guildford Fringe.