Valiant is an exclusively female driven production; not only are the characters, cast and writer female, but also the production team behind the piece. A strong counter message to the absence of women in leading creative roles within the theatre industry, this play is a visible testament to the vitality and drive of its principle creator, writer and performer Lanna Joffrey.

Valiant is an exclusively female driven production; not only are the characters, cast and writer female, but also the production team behind the piece. A strong counter message to the absence of women in leading creative roles within the theatre industry, this play is a visible testament to the vitality and drive of its principle creator, writer and performer Lanna Joffrey.  From developing the script from Valiant Women in War and Exhile (a verbatim book of interviews by historical researcher Sally Hayton-Keeva), to debuting at the New York International Fringe Festival in 2005, Joffrey has brought to life the often hidden and overlooked female experiences of war in the 20th century. 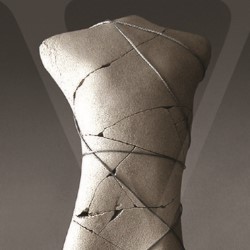 Staged in a black-box studio, this four hander followed the stories of thirteen women across a huge variety of conflicts. Individual focus is directed on each of the stories in turn, explored through monologues, occasionally run in parallel with each other, tying together their narratives to follow similar stories. Typed out narration on a small screen before each character begins places the stories in context and explains, in Hayton Keeva’s words, how she met the women and came to write their stories down. This can occasionally affect the energy of the performance and break the bond built up between the performers and the actors during the emotionally charged scenes, but certainly pays a strong homage to the source of the adaptation.

Running some of the stories of the women concurrently on the stage served to reinforce the universal features across these stories – watching husbands die, or fighting in guerrilla warfare were mirrored in a lot of the stories featured in the play. Through this technique, Joffrey creates a strong sense of an ageless community of women who have an immense shared experience of the horrors of war, and draws powerful bonds between different atrocities to produce a well structured and emotionally charged piece.

With Eimear O’Riordan, Catherine Rees and Diana Bermudez completing the quartet onstage, Valiant showcases an exceptional level of acting talent. Taking characters in turn, each of these women manage to negotiate and pinpoint a huge range of emotions across the course of the show, not to mention a dizzying array of accents that are absolutely faultless. Bringing a diverse background in spoken word, classical acting and stage writing to a powerful pinnacle in Valiant, Joffrey seems to live and breathe her work whilst on stage. Bermudez uses stillness to incredible effect, and connects well with the tragedy of her characters’ stories. Rees has one of the more diverse ranges of stories to express, and brings a sensitivity to each depiction, whilst O’Riordan really connects the audience with the narrative and has a particular talent for heightening the emotions of the audience.

Director Alexandra Renzetti has brilliantly staged this piece, with the space used thoughtfully, displaying a clear knowledge of how to direct attention in a non-physical, monologue driven production. Not only is this show exceptional in the moment, but the memory of the women’s stories will stay with you; Valiant is a powerful response to the male-dominated discussion of war, and knowing the experiences of these incredible women is a privilege.