A single chair, a few spotlights and a minimalist soundtrack is all Spare Parts Theatre need to convey emotional complexity through its 6 simple short plays centred on the theme of organ donation and transplantation. The starkness is appropriate to the atmosphere of the over all whole, conveying the often harsh realities faced by transplantees, their families and donors. 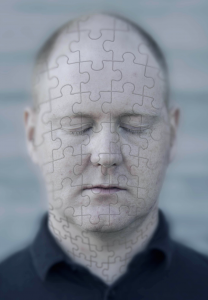 On the face of it, the plays, directed by Peter Eastland, might seem simple enough and without much ambiguity in this one man show. Actor Steven Mortimer switches easily between irate and irreverent back seat taxi driver facing a cornea transplant in Damn Your Eyes by Michael Ross, to a small boy on the operation table pretending he is in Doctor Who’s transforming Tardis as way of coping in Robert Wallis’ inventive Regenerations, to mature father of a little girl without so much as a bat of an eyelid. Each play, each tackling different kinds of organ donation or transplant, puts varying issues under the microscope- the ethics of organ donation in Peter Eastland’s Giraffe, the torment that a little girl’s life can only be saved by someone else’s death in That Other You, the emotional complexity and shared pain that comes from being the rivalrous twin of someone you end up donating a kidney to in Runners. Emotions burn bright and the thematic shadows that surround it never quite go away.

These shadows though, don’t only come through the writing. They are made explicit through Steven Mortimer’s slight turns of head and paused still moments as each character, staring into the darkness, faces up to the realisation that themselves, or a loved one, might not survive. These moments, though brief, add an emotional weight to the seemingly chatty dialogue like nothing else can: death and the fear of death is never far away.

Honouring the idea that each play, representing different organs, comes together as a body of work, is Mortimer’s ability to empathise and get under the skin of each character. He displays a surprising understanding of and capacity to illustrate the innocence and fear of the infant patients and siblings. Yet he can reach the opposite extreme with his raving mad drunk forced to attend AA meetings or the crazy taxi driver who has a morbid interest in capital punishment.

Spare Parts Theatre’s last year’s offering, Being Patient, was a compartmentalised look at one couple in constant preparation for a transplant and the strains and stresses this put on their relationship. Since then, the themes of that play seem to have matured into something more sophisticated and challenging. For we are not just looking at the surface of things, or deep emotions, we are also asked to look at what we do to our bodies: how we think of them, our relationship with them (in Damn Your Eyes this is complicated for the taxi driver, his own self destruction, obsession with death and body disassociation is apparent) and what we are prepared to do to them in the name of life or survival or, as in Giraffe, its exact opposite.

Each play looks unnervingly at how characters constantly try to connect, either with themselves or others (H.E.A.R.T by Simon Lys in particular), each play ends with a trailing off into the darkness where no words can be said. None of characters are unmarked, either physically or emotionally, not even the children. What comes to the fore is how little we can experience their experiences, how little we can put ourselves in their shoes, how ever much we try: this, the agony of existing. Taken together, all six pieces form a holistic whole that contains multitudes of meanings. The stories grab you and take you in.

Pieces has finished its run in London and  will be performed at Serenity Cafe this August as part of the Edinburgh PBH free fringe. All donations will be going to the transplant and organ donation charities the company support.