Review of: The Diary of a Hounslow Girl

Ambreen Razia is is cutting, mocking and empathetic by turns.

Stereotype confronts truth in Ambreen Razia’s first play about the trials and tribulations of a Muslim teenager in Hounslow, in which she is also the sole performer. Truth and stereotype come from each other, one provides harsh reality, whilst the other  humour, but it’s alright to laugh, because the laughter gently loves rather than causes offence. 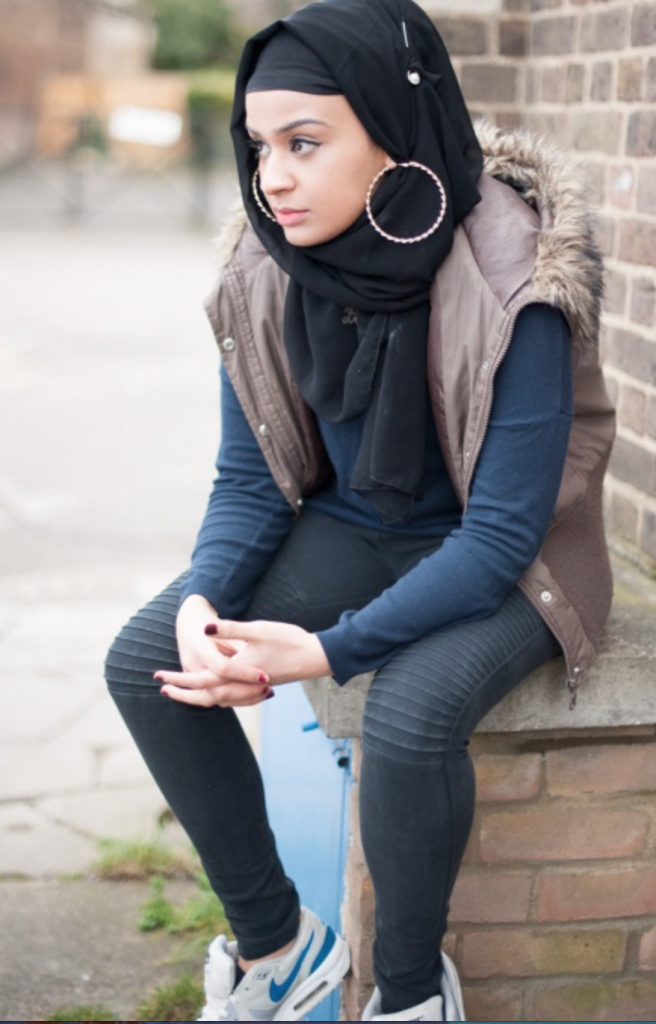 Shahida, Razia’s altar ego, does not want to get married like her sister. She refuses to learn cookery to attract a man, she laughs at her mother’s total obedience to religious patriarchy and she ‘jumps’ her friends. She’s a wild card, refusing to accept all that she believes Hounslow has to offer, dreaming of the wide American plains she will visit with her tattoo artist boyfriend, waving goodbye to her mother and sister’s small insignificant lives forever.

Only life ‘don’t’ work out like that and stuff happens to provide us with a not unanticipated ending in Razia’s  nevertheless witty, sharp, humorous comedy.  Razia is also debunking a myth: that of the typical Hounslow girl. She doesn’t exist, instead she gives an acute portrayal of a young woman who could be any anywhere faced with the same confusing life choices and responsibilities.

As Shahida, adeptly directed by Sophie Moniram, Razia is a chameleon as she effortlessly switches between the portrayals of a anxious mother, overbearing aunt or buxom and overweight friend. Her Shahida is cutting, mocking and empathetic by turns. She is also good at leading the audience up several cultural blind alleys: by challenging the prevailing stereotype of how we might expect and even want a play about young British Muslim women to pan out, she takes the right creative risk by saying what she wants to say, how she wants to say it. Most of the show is direct address, but this is not someone staring in the mirror and hating what she sees around her. This a young woman who is wide awake and who manages to speak to all: no matter race, age or gender.

The Diary of a Hounslow Girl is presented as an Ovalhouse FiRST BiTES work-in-development and a 33% Commission.