Review of: A View from the Bridge

A minimal and emotionally expressive stage production of A View from the Bridge, directed by Ivo van Hove

Mark Strong, as Eddie in Arthur Miller’s A View from the Bridge, is like a character from a Georg Baselitz painting. His vacuous stare and incomprehension reflects the confusion Baselitz portrays so well of German soldiers wandering around their  destroyed home towns after WW2. So somewhere within the production you expect a pair of hands, or legs, to appear miraculously at the back of the set and take a life of their own, such is the dislocation that Mark Strong portrays so well of Eddie’s character. 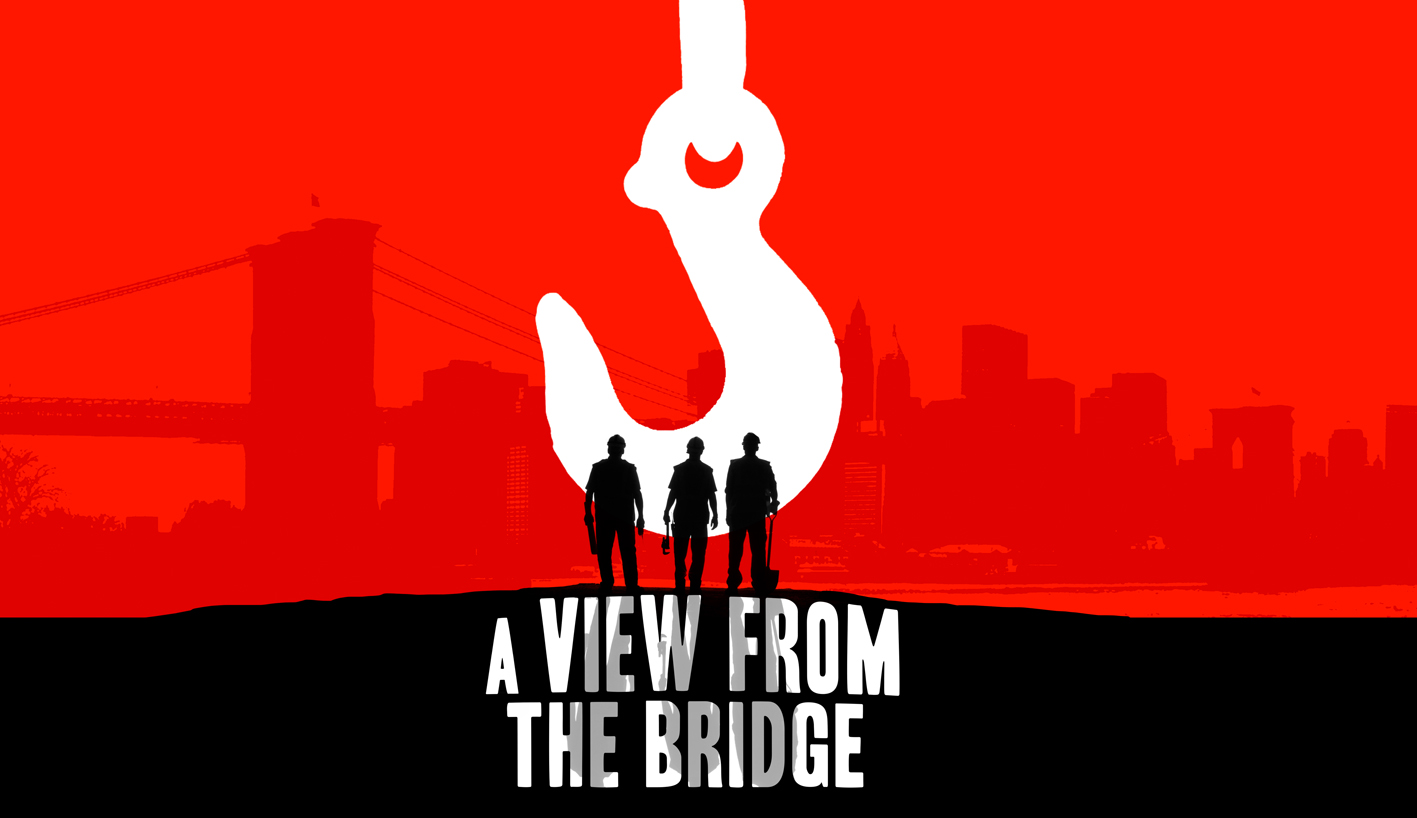 A View from a Bridge, directed by Ivo van Hove, has just opened at the Young Vic and what we have, instead of a detailed intricate set of a Longshoreman’s house in Brooklyn, is a pared back minimalistic stage which resembles more the hallways of a modern prison rather than the yard of Eddie’s house. In fact, that’s what the stage comes more and more to represent- Eddie’s prison, a womb like area surely harking back to Peter Brook’s The Empty Space, which becomes the place where Eddie keeps everyone a prisoner, within his world of unconscious obsession towards his niece, Katy, played by Phoebe Fox.

As the story unfolds, we learn that Eddie, his wife Beatrice [Nicola Walker] and his niece Katy, live amicably enough in Brooklyn, albeit on an existence of poverty. But when Beatrice’s illegal immigrant Italian cousins, Marco [Emum Elliott] and Rodolpho [Luke Norris] come to stay, in a bid to escape post war poverty in Italy, that pseudo family ideal is turned on its head. Suddenly, Eddie’s power over Katy, which, supposedly unknown to him and her, borders on the sexual, is challenged by Rodolpho’s ‘Paper Doll’ singing lively character and in turn, exposes the flaws in the marriage between himself and Beatrice- we learn they haven’t had sex for months. The themes of love- family love, father/ daughter love, brotherly love and romantic love, all take their turn under the spot light, but far more important and implicit are the play’s themes of law and justice-, which, we learn, are not necessarily the same thing. Eddie wishes to prevent the marriage between Rodolpho and Katy, on the grounds that he truly believes Rodolpho is gay and using Katy to acquire American citizenship. He, just like Marco at the end of the play, cannot believe that there is no law to stop Rodolpho. Marco too, cannot believe that there is no law that can have retribution on Eddie’s betrayal of himself and his brother to the authorities- justice in his eyes, has to be the final retribution, which includes death. Hence the clash between the American culture which shouts about self agency [Eddie’s frustration] and the Italian one, where, the community, not the individual, would have retribution on Eddie, never mind the law [ exposition of a communal culture].

Drawing a circle or box around this whole production is of course the lawyer Alfieri, whom Miller uses as a Greek Chorus to both comment on and move the action forward. It is more exemplified here as Michael Gould moves around the space as if it is sacred, commenting from the sides and, at the few times he has to join the action, removing his shoes. We are reminded only too well that what we are watching is a construct, the moment where Eddie flings slander at Rodolpho is acted as though there are stage directions being read out, and so too at the melting between Act one and two, where, to cover over the interval, Marco holds the chair threateningly over Eddie’s head for a long suspended frozen moment, and as if he is some Nietzschean Superman.

After I had seen the play I had a long conversation with a friend who had studied the work at school. My friend is convinced that the opening image, as the fly rises to reveal Eddie and his co worker washing and changing at the end of a long day, serves to emphasize Eddie’s masculinity and his living in a more traditional world, a world that Rodolpho and the lawyer challenge in their varying ways. But I could hardly disagree more. Mark Strong’s Eddie is sensitive, even effeminate, his presence is slight and confused, he is a man harking back to the old way of doing things and yet- he is usurped by men who, whilst light on their feet and full of dance and song, are nevertheless, as strong as oxes and brimming full of testosterone…by comparison, Eddie is asexual, neutered by his work on the docks, whereas the Italian men are yet to be corrupted by this work.

Who is Eddie? I found myself thinking. His physicality with Katy in the production’s first few minutes undoubtedly point to a sexual interest which surely Beatrice cannot be blind to, or himself I could not believe, yet it takes the play’s whole length for Beatrice to finally admit it. The direction for Eddie to be so overt makes Beatrice naïve and impotent. And that brings me to the child like ness of Eddie’s family. Katy is not really a girl, she is play-acting at it, but somehow she has to make that jump to be a true woman. Eddie is not really a man; he finds infantile satisfaction in the sense that his sexual desires for Katy will never be fulfilled. And Beatrice herself is unseeing, somehow blinded to Eddie’s overt physicalness with Katy. As this is a direction, I found myself wondering why this was so and how I was meant to read this production in 2014.

Fear is corrupt, someone once wrote, and the loss of power brings about that fear. This is what Eddie has to lose in this production. Somehow, he is a symbol of modern man’s alienation. He can only love that which he can control and that is Katy, his masculinity is usurped by work and from the onset, he is not a man. But the threat of  what he holds dear, the child love for Katy, being taken away, makes him fight for his life.

I am reminded again of an infant and the show’s finale serve’s to reinforce that view. Without giving too much away, it cleanses, it both accuses and heals, it is both a giver of life and a taker away from it and brings to a magnificent conclusion a tragedy, which nevertheless, has as its last word, a breath of redemption.