Review of: I Love You You're Perfect, Now Change!

Quality to the Core 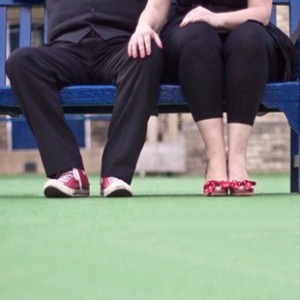 There is nothing quite so satisfying to a reviewer as sitting through a performance in which every member of the cast is of equal weight. It doesn’t make for a terribly interesting review, perhaps, but there just isn’t much to say about this show but: go and see it.

The show starts off playfully enough with that creepy torch-under-the-chin thing and what follows continues in the same vein as the company visits, in song form, the many and various plagues and pleasures of modern relationships.

It’s an American show and the company clearly decided not to try and Anglicise it. It was the right choice and it paid off as every member of the cast rendered the accent, in both speech and song very convincingly. If I’m honest I did think Rachel Lea-Gray’s “Always a Bridesmaid” sounded Australian but the song was delivered with such charm and confidence I wasn’t sure it wasn’t intended and quite convinced it didn’t matter – that particular number was one of the highlights of the evening. Other gems to look out for are “Tear Jerk” and “Sex and the Married Couple / Marriage Tango”.

The show was clever and slickly directed. Amy Cooke-Hodgson clearly knows what she’s doing. The set was simple but sufficient – enough to set the scene without detracting from the performers. However it was the pure likeability of those performers that made the show the success it so clearly is. We identify with the characters on stage and not in a through-the-fingers “Oh my God, that’s me!” sort of way, the laughter from the audience suggested recognition rather than embarrassment especially in the case of the number “Hey there, single gal/guy” (well, who hasn’t had THAT lecture?)

But it wasn’t all hilarity. There were some tender moments too. “The Lasagna Incident / I Will Be Loved Tonight” was sweet and it would take a very hard heart not to shed a tear at the depth of sentiment in “Shouldn’t I be Less in Love with You?”

What makes this show, though is the attractive, talented cast who work well together and clearly enjoy every minute. As a result, this show comes highly recommended. You’ll have to hurry though, it’s at the Bridewell Theatre only until 17th September.

Not for the recently heartbroken, perhaps, but the rest of you are going to love it.